Pick Up Some Pieces

You will begin to transition back to your Pilates practice with this postnatal Mat workout with Carrie Macy Samper. She continues her Postnatal Series with a class you can do when you are 6-12 weeks postpartum. She includes modifications that you can use for common issues, like diastasis recti, so you can start building strength in a safe way.

These movements can be done together in a series or you can break them up individually to fit them into your day when you have time.
What You'll Need: Mat, Wall, Triadball, Theraband

Mommy and Me - Playlist 2: Postnatal Series 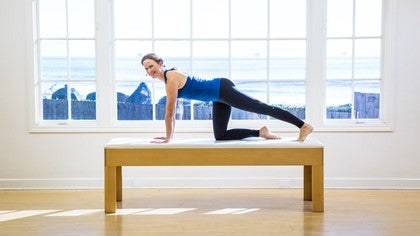 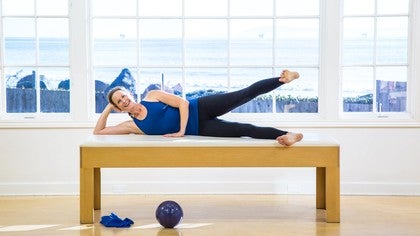 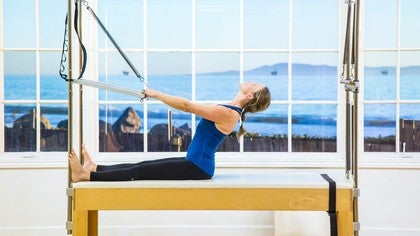 Deborah Wasko
2 people like this.
Thank you Carrie ! Lovely class that will also be useful for my older clients !

Lori
2 people like this.
I agree with Deborah, my baby is 21 and this looks like a good class for me as well. Thanks for filming it!

Charlotte A
1 person likes this.
As a newbie, I found this challenging. Thank you!

Kelly A
1 person likes this.
I'm not post natal but i really liked the moved and I think lots of clients will benefit from them too

Aine B
1 person likes this.
Brilliant class for new Mum's and anyone with an abdominal separation. Loved it!

Lynnette G
1 person likes this.
This was an amazing class!! I am 12 weeks post partum with my second baby. I am struggling with diastasis recti abdominus so the modifications were very helpful! Thank you so much for this class and for sharing your personal story!

Carrie Macy Samper
Lynnette , I am so glad to hear that this class resonated with you and felt good :). Way to go, doing something for yourself too!
Top Skip to Latest
Showing 1-10 of 19