Challenge your abdominals with fun combinations in this quick Mat workout with Tracey Mallett. She starts immediately with Plank variations and then she moves onto other sequences that target your core. She also plays with tempo to change the intensity of each exercise. Have fun!
What You'll Need: Mat

Switch it Up: with Tracey Mallett 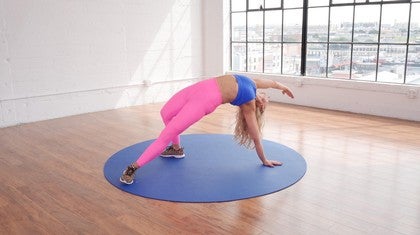 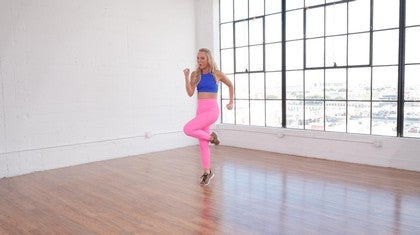 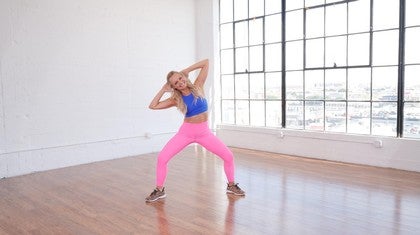 Nina S
4 people like this.
I'm really liking this series! Love that you get all of that in 20 minutes :). Look forward to doing them as you roll them out.

Kathy W
6 people like this.
Man on man. So glad that was only  20 minutes. Husband walked in and I said "It's a 20 minute ab workout and it's kicking my bootie, I'm 4 minutes in!
His reply, "Good luck with that!
Nice work Tracey.  Love!

Jennifer S
4 people like this.
middle name must be FLOW.....perfect transitions.   Thank you thank you!

Suzanne D
1 person likes this.
WOW, awesome ab workout!! Can't wait for. her next one!

Chantal C
2 people like this.
Tracey, thank you for this wonderful routine! It is definitely very challenging and I had to modify some of those exercises but I am definitely going to go back to them. You are truly inspiring!

Connie M
1 person likes this.
That was awesome. Can you tell me where your music is from?

Rachel
2 people like this.
Awesome workout, love these variations, thanks!
Top Skip to Latest
Showing 1-10 of 68