Tracey Mallett is back with all her enthusiasm and creativity teaching a Reformer Jump Board class. Tracey intersperses jumping with the traditional Reformer series making for a high-energy workout. Sticking to one spring for almost the whole workout, you'll find the play between jumping and precision work is well-balanced.
What You'll Need: Reformer w/Box, Jump Board

Go to this Program Playlist
This Video
Tracey Mallett is back with all her enthusiasm and creativity teaching a Reformer Jump Boa... May 09, 2011 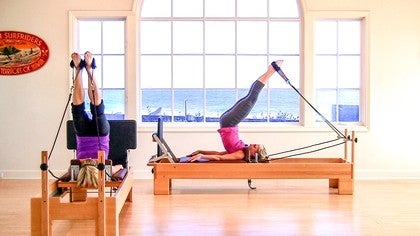 Reformer Jump Flow
Tracey Mallett
Advanced
50 min
BASI Pilates®
Reformer
Watch Next
You asked for it! Julian Littleford is back with a high-intensity Jump Board class! Julia... Jun 19, 2012 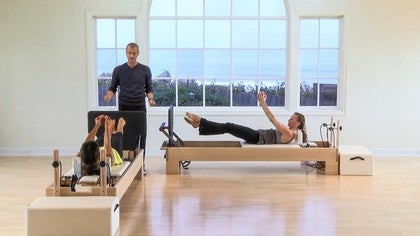 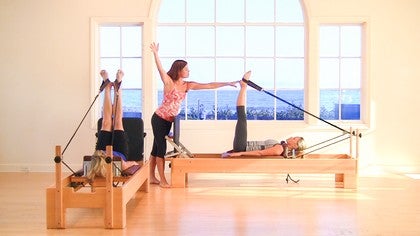 Sue T
Tracey, loved your contagious enthusiasm! Cueing is superb. Looking forward to more reformer classes from you. Thank you!

Tracey Mallett
Thank you Sue, we had fun doing the class

Lynda S
3 people like this.
Great class I really enjoyed the variations on the jump board and your smooth transitions. I am working on a Stott Reformer, can you tell me how the springs compare to what you were using today? Thanks again!

Kristi Cooper
2 people like this.
Lynda we used one green spring on Balanced Body Reformers. I think it would translate to slightly heavier than one full spring on a Stott Reformer. You could probably use one and a half springs but you'd be a little heavier than what we had.

Jodi S
One of my new FAVS!

Krista H
Favorite jump board class ever! Thank you for such great ideas. This truly is an amazing workout.
Top Skip to Latest
Showing 1-10 of 77