Learn creative ways to use the Magic Circle with this quick Mat workout by Ilaria Cavagna. She uses it to find the midline and deepen the lower powerhouse of the inner thighs, pelvic floor, and lower abdominals. She uses this mighty tool in almost every exercise like her fun progression for the corkscrew and so much more!
What You'll Need: Mat, Magic Circle

Pilates at Home - Playlist 12: Around the Body in 8 Workouts 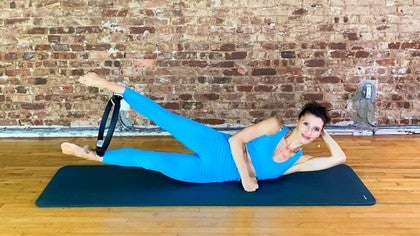 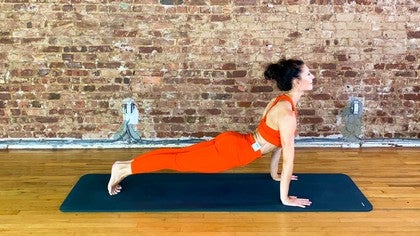 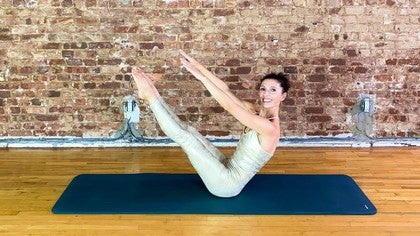 Jodie
2 people like this.
Loved this class. Thank you Ilaria.

mimito
2 people like this.
Wow Ila, this was a very special and advanced, beautiful class!! Thanks

ilaria Cavagna
Jodie You are very welcome Jodie! Happy you like it!

Kirsti V
1 person likes this.
I loved this class Ilaria! Those side legs with circle were great- no fiddling around with circle position yet I felt so much of my hamstring, glutes and hips! Thank you

Judy P
1 person likes this.
Great class Ilaria. For 30 minutes this class gives you a challenging workout and includes innovative moves with the circle. Thank you.

ilaria Cavagna
Judy P You are very welcome! Love this routine when I only have half an hour and still want to get a good workout in! happy you like it Judy!

LisaS
1 person likes this.
Thank you Ilaria! This is really an outstanding class, challenging, complete, efficient and fun! I'm glad to see a very good Instructor from Italy too! Grazie mille :) Lisa