Get the blood flowing through your body with this quick, energetic Reformer workout with Adrianne Crawford. In just 25 minutes, you will move through a full-body Traditional workout focusing on flow and your powerhouse. You will feel strong, energized, and challenged.

You should be familiar with the Traditional Intermediate Reformer repertoire before taking this class.
What You'll Need: Reformer 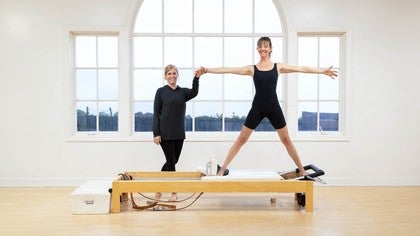 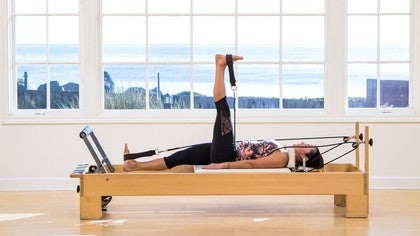 Short and Sweet Reformer
Sarah Bertucelli
Intermediate
30 min
BASI Pilates®
#2905
You will get a short and sweet workout for your whole body in this Spine Corrector class by Sarah Bertucelli. Jan 24, 2017 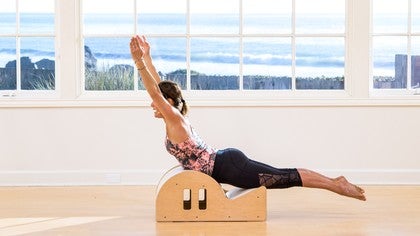 Rena W
Thank you, Adrianne, for this fun and spicy flow! Really value your precise and easy to understand cues, which continue to help me feel and understand, and appreciate this work so much more!

Andrea B
1 person likes this.
Way too fast!  Not everyone has the type of footbar that can be changed with feet.  It would have been a great workout but needed more time for spring and footbar changes.

Liz R
2 people like this.
Agreed that it is to fast for all the changes in the spring tension.

Carolina M
Amazing!! I loved the rhythm so much, it kept moving and got to work all my body in less than half an hour, perfect for busy morning. Also lift my mood up, feeling energized and happy, please more like these!

Stacey S
I’ve done many moderate classes, but this one felt like it was accelerated. I could barely keep up. Perhaps changing the designation would be helpful since just the footwork transitions alone were dizzying.

Gia Calhoun
Stacey S, Andrea B, and Liz R ~ Thank you for your feedback. After reviewing this class, we've decided to change the pace to accelerated.

Karen M
So fast and fun!

Justy S
thanks for the informative explanations!

Heather M
Too fast- not my favorite
Top Skip to Latest