Dr. Brent Anderson is back with a workshop designed to teach you about the hip joint and how it relates to the knee. In his lecture, you will understand common problems of the hip and how the joints in the lower body move. By looking at alignment instead of just the muscles, you can get a bigger range of motion with a decrease in pain. Brent also teaches simple exercises that anyone can do to help relieve pain in the hip.
What You'll Need: Cadillac

Go to this Program Playlist
This Video
Dr. Brent Anderson is back with a workshop designed to teach you about the hip joint and how it relates to the knee. Apr 26, 2013 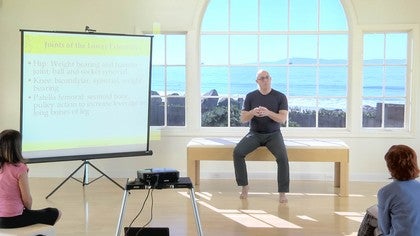 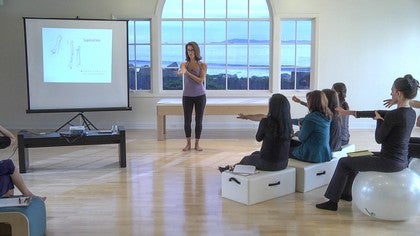 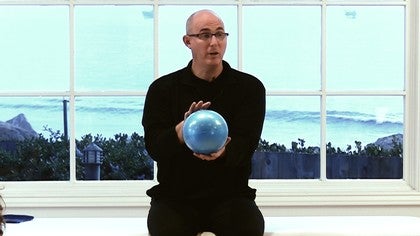 Elizabeth D
7 people like this.
Yet more brilliance from Brent! And how wonderful to see Niedra's elation at her increased range & lessened pain. Hope you'll continue to invite him back for more, Kristi!

Petra S
5 people like this.
Love love love Dr. Brent Anderson!!!! I am a non-native speaker and cannot express my gratitude for explaining and demonstrating such complex information in an easy-to-understand-and-apply manner. Also A HUGE THANK YOU to you Kristi and your great team for making all these wonderful workshops and classes available to us on the other side of the world :)

Anne W
1 person likes this.
Thank you, Brent, for another informative workshop! The quadruped exercise was an "ah-ha" moment for me with my own hip issues. I so appreciate PA for bringing you to us again!

Geraldine C
I tried to open each of these links to watch the 2 min preview and none of the 4 would open. It says file could not be played

Jill J
2 people like this.
The previews worked for me Geraldine. My question is... will I be able to watch this video more than once after I pay for it?

Estibaliz G
1 person likes this.
Does the workshop gives points for Polestar? Thanks!

Tanja W
I would also like to know how it works when we purchase a workshop. How many times will we be able review it.

Clare D
I am interested in purchasing it but would like to save it for repeat viewing. Can this be done?

Louise Renee S
Yes, please...I'd like to know the same information: will I be able to save the presentation/workshop for repeat viewing? Please advise.

Ted Johnson
8 people like this.
Once you purchase a workshop, you can view it as many times as you like. It will be available to you any time you come to the web site.
Top Skip to Latest
Showing 1-10 of 62