Madeline Black shows you tips to assess your spine for scoliosis before you take her Mat Workout for Scoliosis. It is important to understand the curvature of your spine so you can follow the cues she gives in the workout. In this tutorial, she discusses the four common curves and how you can use directed breathing and props to assist you in your workout.

You can watch Madeline's Pilates for Scoliosis Workshop to get more information on scoliosis and how you can help improve alignment with Pilates.
What You'll Need: No props needed

Mat for Scoliosis
with Madeline Black

Pilates for Scoliosis
with Madeline Black

Back Care - Playlist 6: Pilates for Scoliosis

Go to this Program Playlist
This Video
Madeline Black shows you tips to assess your spine for scoliosis before you take her Mat Workout for Scoliosis. Nov 15, 2013 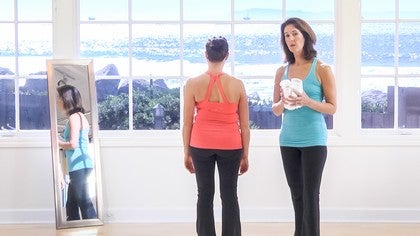 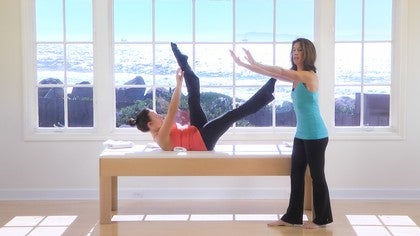 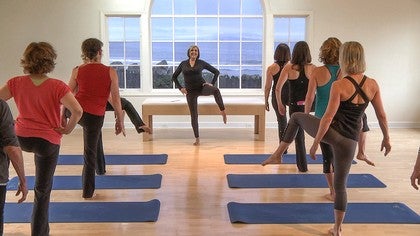 Angela W
2 people like this.
This was really informative! I've been studying Karena Thek's book on scoliosis but still struggling to understand it all! Thank you!

Janie J
Madeline has the best workshops and her cues so good. Keep workshops coming.

Nicholas P
If towels aren't conducive to your class flow, would a good alternative be to ask the client to scoop more into the side that has the ribs jutting out when supine?

Carole P
HI Madeline
I love your explanation and technique for scoliosis , I have a client with a right thoracic curve, and a vary little letf lumbar curve, I been working with her 3 time now in alignement of her spine while doing her pilates exercise. she has the shoulder really winging out and want to try to decrease the wiging so she can have a nice back in her wedding in the summer, this is the first time i am working with a shoulder that wing that must do you have any advice for me?
thank Carole

Avishag H
2 people like this.
What an important piece of information. I really appreciate it. Thank you!

Shila L
I wonder why she doesn't credit the Schroth Method? This is all taken from Schroth and she hasn't credited that method in her classes, nor on the photos used in her workshop.

Madeline Black
5 people like this.
Hi Shila, thank you for your comment. My references are in the bibliography. I certainly reference Schroth there. This workshop is not the Schroth Method. I use movement assessment skills, such as the hip drop to see and identify the curves. And movement to balance the body toward the center.

Shila L
3 people like this.
Thank you so much for your reply! Forgive me for not seeing the bibliography. I've been trying to put Schroth and Pilates together for almost two years now, then someone recommended I watch your videos. I wish I lived near you to wrack your brain! It's amazing that so many scoliosis cases are unique in a lot of ways.Thank you for making your work accessible to more folks through Pilates Anytime

Inna G
Madeline, Thank you very much for your good explanation!
Top Skip to Latest
Showing 1-10 of 20