Everyone ends up rounding forward over time. In this informative tutorial, Sherri Betz shows us a few exercises to help mobilize the thoracic spine using different props and equipment. These movements help distribute the forces through the spine so you don't overuse the lumbar or cervical spine. They are great for anyone who wants to improve their posture, especially those with cervical pathologies and stenosis.
What You'll Need: Spine Corrector, Ladder Barrel, Cadillac, Baby Arc, Overball

Suitable for all
(Pace N/A)
Feb 08, 2015
Polestar Pilates®
Osteoporosis Safe, Seniors, Posture, Back Pain, Pilates for Everyone
(Log In to track)

Go to this Program Playlist
This Video
Sherri Betz shows us a few exercises to help mobilize the thoracic spine using different props and equipment. Feb 08, 2015 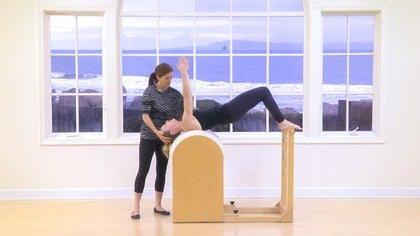 Upper Thoracic Extension
Sherri Betz
Tutorial
20 min
Polestar Pilates®
Mixed Equipment
Watch Next
Sherri Betz is back with a class to work on your posture and balance. She works with Hele... Jan 22, 2015 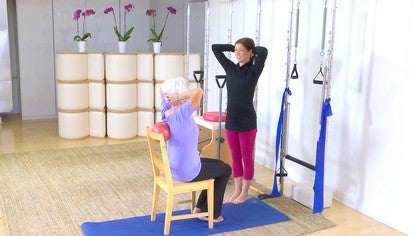 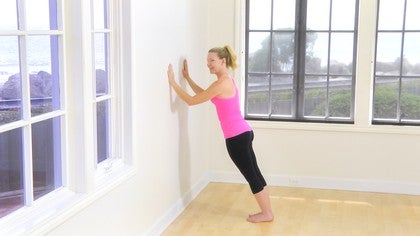 Yoly N
2 people like this.
Lots of great information. Thank you

Silke L
3 people like this.
I looove Tutorials like this! Thank you so much! So helpful! I wish I could be in Amys Place! That is the only teardrop, - that some of the movements need the assistance of somebody else, doing the hands-on work. Sherri, you have to come back, and do more of this!

Silke L
3 people like this.
I looove Tutorials like this! Thank you so much, - so helpful!
I wish I could be in Amys Place! That is maybe the only teardrop: you need somebody do do the hands-on work to feel it in the own body. But I will watch this many times to help my clients! Can you tell us something about the brand of the small arcs? How high is that flat one? Thank you!

Bonnie L
1 person likes this.
Some fabulous information! Really liked how you showed us where you wanted to work on Amy's body and why. Thank you.

Sherri Betz
Thank you Yoly, Silke and Bonnie, for the positive feedback. These are some of my favorite pieces to teach!

Katja D
2 people like this.
Very useful and important work, I have a lot of clients with cifosis and less mobility in upper spine.
I agree with Silke, watching the tutorial, I wished to be lying on the barril - very helpful for some of my clients.
Thank you Sherri for sharing this with us.

Amy Havens
8 people like this.
Similar to the previous tutorial that I had the opportunity to do with Sherri, her excellent and incredible cueing really helped me find "the spot" I needed to mobilize. She didn't mobilize me----I did, and I really felt the segments moving! Her hands were the guide, a suggestion as to where to move. I have an interesting spine and again I'll say.....thank goodness for Pilates! Thank you Sherri!

Lynn P
1 person likes this.
Loved this tutorial, and really, everyone needs this. Very few people out there that has too much extension. Having a tricky neck myself, I know this is going to be a wonderful addition to my own body work. Thank you both for sharing this.

Steven W
2 people like this.
These tutorials have been excellent thankyou