Join Kyria Sabin in this workshop where she discusses the history of the Guillotine in Pilates and specifically in the work of Ron Fletcher. She shows many ways you can use this piece of equipment and how it feels different than movements on the Tower or Cadillac. She also shows how you can use the Guillotine to get feedback as to how your body is working.

What is the Guillotine?
Tutorial

Go to this Program Playlist
This Video
Join Kyria Sabin in this workshop where she discusses the history of the Guillotine in Pilates and specifically in the work of Ron Fletcher. Jan 15, 2016 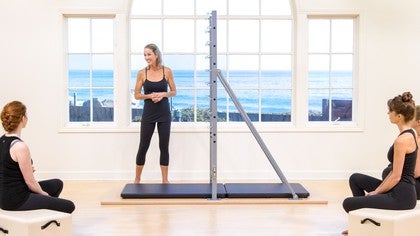 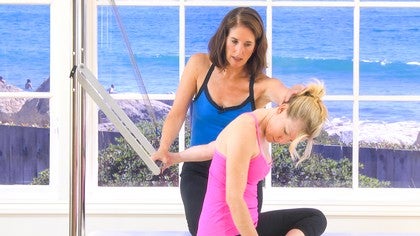 Centered
Madeline Black
CECs
32 Chapters
100 min
Madeline Black Pilates
#2088
Workshop $49
In this workshop, Kathryn Ross-Nash looks at the components of the Single Leg Pull to see how we can find connections in other Pilates exercises. Apr 24, 2015 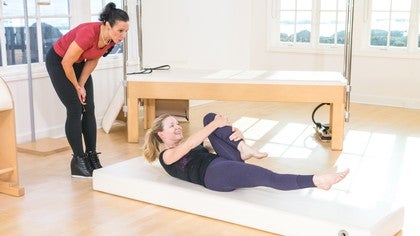 Corinne M
1 person likes this.
Hello Kyria , this workshop give me the desire of getting a guillotine !!
Wonderful workshop. Thank you for sharing

Jamie H
Thank you for the lovely presentation. I am wanting a guillotine!

Ryan B
1 person likes this.
This was a GREAT workshop Kyria Sabin !! I am going to keep doing more self practice on the Guillotine and love that you mentioned we can do our barre work here too!
Skip to Latest