What is the core and how do you work it so that you are body-centered? In this tutorial, Ken Gilbert explains the Five-Pointed Star cue that he has been using in many different modalities. He plays with the idea of reaching out into flexibility and into strength so you can move systematically.
What You'll Need: No props needed

5 Actions of the Spine
Learn how to find more space and movement in your spine.

The Midline and Plumb Line
Learn about the halos of the body which help you feel the joint actions of the spine more easily. 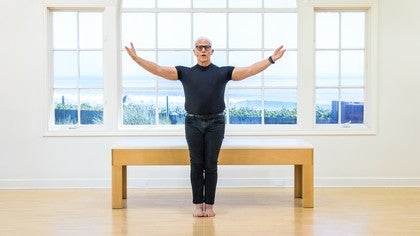 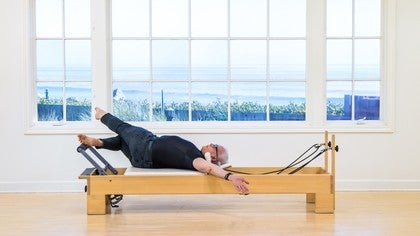 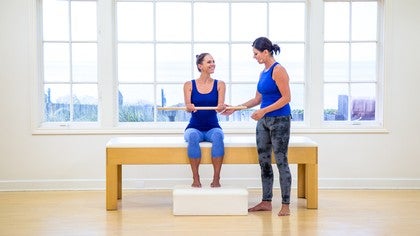 Ira R
1 person likes this.
Thank you ! I like this description from the Center! STAR!

Angela S
Thank you! I feel so inspired to play with this concept in my classes and my own personal practice. Looking forward to learning more from you Ken!

Linda T
2 people like this.
First time I have come across you as a teacher, I really like the way you express yourself and move. Now going onto your other tutorials. Plus I love your glasses! Thanks

Sarah Edwards at Positive Pilates Solihull
1 person likes this.
Ken, really enjoyed this approach thankyou. As an experienced educator, (but fairly new as a Pilates instructor) I found this really interesting. Sending greetings from the UK:)

Ken Gilbert
Linda . . . (a belated reply to your comment) I am curious; did you explore my tutorials? If so, what did you think?
Top Skip to Latest