What does it mean to stand up out of your hips? In this tutorial, Clare Dunphy continues with her Discovery Series to look at the standing leg. She shows where it shows up in the Pilates repertoire and then moves on to a short movement practice that will help you learn how to stand correctly.
What You'll Need: Wunda Chair, Reformer, Mat, Toe Corrector, Magic Circle 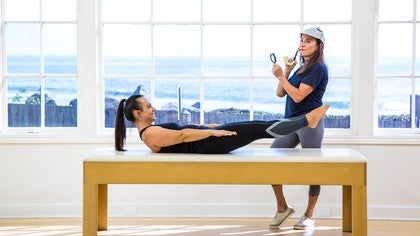 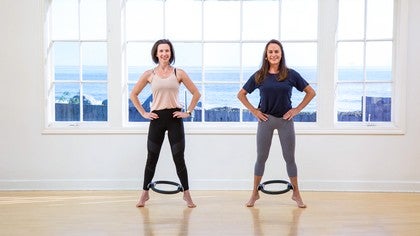 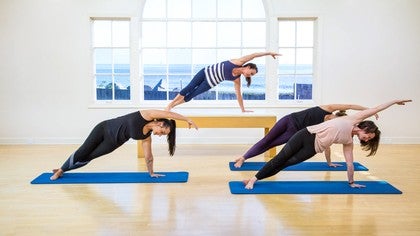 Kelly H
2 people like this.
Claire you are my must watch right now. Your videos are making clearing up questions I've had on my mind. Thank you

Clare Dunphy
1 person likes this.
Kelly Thanks for sharing! It's always great to hear that someone benefits from material presented. Share with your friends so we can keep the good work alive and well!

Kimberley Michelle
LOVE this! Thank you!

Sharon B
That was so great! I will look at those movements with a better understanding. I also love hearing about your time with Romana!

Symeon K
That was just brilliant!

Annie M
This looked amazing. I can’t wait to try and make all the connections you explained. Thank you for your information and insight.

Cynthia E
1 person likes this.
Wow! How many times have I done the standing magic circle between the ankles exercises and thought the only benefit was to the inner thighs and balance! This is why I love Pilates. Even when you have done it for many years, there is always new subtleties to learn to improve your form and get more from the exercises. Thank you so much, Clare! The whole tutorial was most elucidating!

Elizabeth B
I have never heard that detail explained before and it has such a huge impact... phenomenal teaching! I will now go back and watch all the other videos in this series. Wow! my pilates was just taken to a new level. Thank you

Candida K
Learned so much! Thank you.

Elizabeth D
This is helpful- question.... for people who can’t sit upright can we do the toe corrector work when they are laying down? Would I have same effect in the hips? Otherwise would you just have an older gentleman for example sit on a box with his legs out front and do the foot workout? Also for people who can’t balance can I still do that magic circle series but for example have them hold on with both hands the the silver uprights at the end of the Cadillac? Thanks!
Top Skip to Latest
Showing 1-10 of 13