How can we use Pilates to help with pelvic floor dysfunction? In this discussion, Christi Idavoy and Amy Havens shed light on this common issue that many women face in an attempt to normalize the conversation and demystify topics like incontinence, constipation, painful sex, and others. They talk about how these problems can manifest and how we can use different exercises to guide our minds as well as our bodies.
What You'll Need: No props needed

Understand the Pelvic Floor
Join Dr. Brent Anderson in this workshop that looks at how the pelvic floor relates to the abdominal wall and the diaphragm.

Releasing Mat
Release your mind and trigger points in your body with this Mat workout. 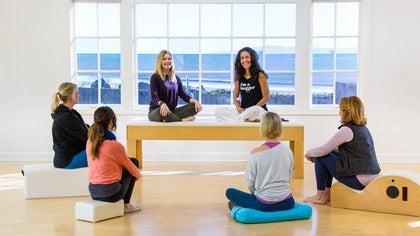 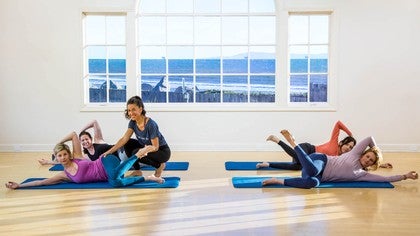 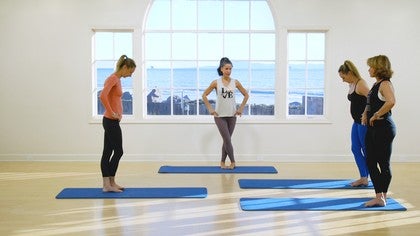 Ash
1 person likes this.
That was great. I was hoping that someone would ask the question "should we be doing some kegals every day?" x

Lori
1 person likes this.
Really looking forward to your classes on this topic. You bring so much to the table on this subject and so much more. I go so much out of this talk not just on the subject but on “earthing” and your point about bringing stuff to the surface so we can deal with it. Really, really interesting talk on this subject and beyond. Thank you.

Lisa G
1 person likes this.
Thanks so much for this discussion. I had a prolapsed bowel right after my hysterectomy and used a vaginismus treatment kit. About the same time, I started doing Pilates. This helped tremendously with my bowel issue and also helped me to understand my pelvic diaphragm. It didn't happen overnight but don't have the bladder issue anymore. Thanks again, look forward to the exercises and part 2. Great discussion.

Kim W
2 people like this.
Hey Christi!
Thank you for tackling such a sensitive -- and oddly shaming--topic. How much of a roll do you think pelvic floor dysfunction plays in issues like IBS and Crohn's? Just curious.

Connie M
1 person likes this.
So much great information! Thank you so much!

Relax, trust yourself, stop trying so hard. I absolutely love it!

Christi Idavoy
1 person likes this.
Thanks so much for the encouragement ladies! To answer the question about daily Kegals; it's not so much that the exercise is an issue, as much as the fact that if we don't first slow down and engage in observation to heighten our awareness, we really don't know what tissues we are engaging. Dr. Brent Anderson's research shows that over 50% of the seasoned Pilates instructors in his study were not actually doing what they thought they were doing when asked to lift their pelvic floor or do a Kegals. The idea is that if we focus on the bones and breath and move in ways that promote elasticity the tissues will respond and be efficient.

Christi Idavoy
4 people like this.
To Kim's question on IBS and Crohn's, pelvic floor dysfunction plays a roll, and I think it is like the chicken or the egg...hard to tell which came first. I do feel that when our lifestyles include moving in all ranges and relationships to gravity illness occurs less frequently and we are more resilient. It's out of my scope of practice to speak to conditions like these, but we do know that movement heals!

Thanks again ladies, and thank you Pilates Anytime for opening up to this very large topic!

Jaime L
Wonderful discussion, thank you! I’m inspired to incorporate more jumping, squatting and playfulness into my teaching. I find that after a lot of Pilates or teaching I need to go to the park and have a good swing on the swing set. The big balls are great for bouncing, too. I love the ones with handles!

Roya K
Thank you so much for these talks. They are wonderful. In the course of discussion you refer to movements that you will be demonstrating. I am very eager to see these. Will there be videos forthcoming, of your teaching the exercises to which you refer? And if so, when will they be released. Thank you so much. Roya
Top Skip to Latest
Showing 1-10 of 23