To take a course for this program, first select a playlist and then click the "Take as Course" button for that playlist.
Start a Free Trial to Watch

What Does Success Mean?

What does it take to thrive in your business and what does success actually mean? In this discussion, Niedra talks to Kristi Cooper about the beginnings of Pilates Anytime and the triumphs and struggles that she faced. She shares how she handles the "mess" that can come with growth and how these tools can apply to every aspect of our lives.
What You'll Need: No props needed

Becoming: The Secrets to Thriving as a Teacher: with Niedra Gabriel 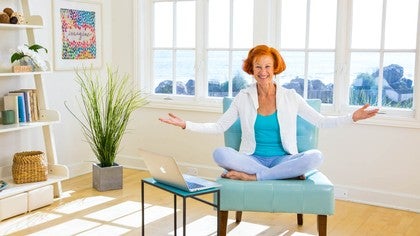 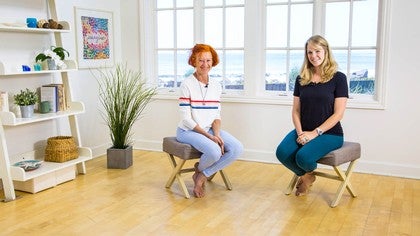 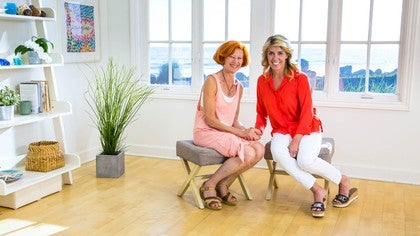 Kathleen M
2 people like this.
Yay! Thank you Kristi! 💗💗

Catherine G
1 person likes this.
This series has been time well spent.  Thank you Niedra for sharing your insight and wisdom.  Thank you PilatesAnytime for providing a strong foundation to my vision, creativity, and knowledge.

Kristi Cooper
2 people like this.
Niedra, I must also thank you. This series inspires me, validates my vision of this website and my reason for being a Pilates teacher at all. Thank you so much.

Niedra Gabriel
1 person likes this.
Thank you so much Kristi Cooper , I am first and formost grateful for this platform you have provided for me to share this support for teachers, as it has always been a vision, as well as for Pialtes Anytime being such an amazing on line portal that has upgraded the world of Pilates and is taking it to a whole new and contemporary level of community, education and fitness

Mel S
3 people like this.
As a Mat Pilates teacher for the past two years, I have LOVED the experiences, clients and ways that my life has evolved. I have been a Pilates Anytime member that whole time, and I find I am spoiled for choice when seeking to find role models as SO many of the people hosted on this platform bring exceptional teaching qualities to their videos. THANK YOU Kristi for your vision, and THANK YOU Niedra for presenting what has been a really valuable and motivational course.
Everything about this site moves my personal and professional development further towards  what is now becoming a clearer vision and goal. My hopes and dreams are evolving and this course in particular has reminded me not to constrict and restrict my potential. Please know fully how much your time and commitment has meant to one of your viewers, and accept my gratitude again. You guys are the best!

Niedra Gabriel
Thank you Mel . Love to have you share your hopes and dreams with the community.

Cher
2 people like this.
Thank you Kristi Cooper to create such a platform. You definitely change the Pilates world in the worldwide.
Thank you Niedra for your advices in this course.

Debra H
1 person likes this.
Great interview thank you and thank you Kristi for Pilates Anytime a gift to the world of Pilates

Caroline B
1 person likes this.
How lovely to hear such an honest and open discussion- you are both inspiring with your visions and vulnerability, and I certainly feel newly inspired and have many notes to action from the ‘thinking time’ through this series. Its also good to understand that life is not always straightforward- the roller coaster has downs as well as ups. I feel very privileged to be a member of PA - a wonderful sharing community.

Abigail Z
1 person likes this.
Thank you both for this candid conversation.  The continuing education PA provides is so enriching in all its dimensions- and hearing this piece was yet another dimension and so helpful to my inner world as a pilates teacher.  YES! PA is life changing and inspiring!
Top Skip to Latest
Showing 1-10 of 11