On May 27, 2020, we followed up our previous webinar with Sherri Betz to learn tools that you can use to teach seniors online. She shared the different props that are useful for clients to have as well as what exercises work well for balance and bone density issues. She also explains how you can help your clients set up their space properly so that they are safe when working out at home.

Supporting Senior Clients
Watch the first discussion to see how Sherri is transitioning her clients back to in-person sessions. 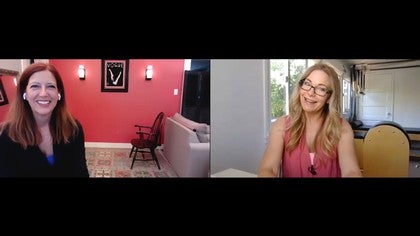 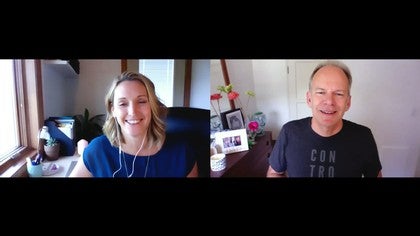 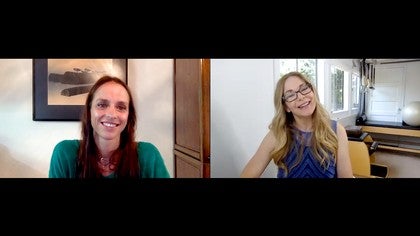 Amy V
2 people like this.
Very helpful, as always, Sheri and Amy. Could you show a mat class for people who have lumbar herniations. Not necessarily for older, frail individuals, but younger more active (middle aged) adults?

Deana
2 people like this.
Huge gratitude to you both for supporting us with these videos. Great information and encouragement just when we and our clients  need it most!

Sherri Betz
1 person likes this.
Deana and Amy  thank you so much for your positive feedback!  We are always happy that you enjoyed the content!

Deana
2 people like this.
The links and resource info is really appreciated too. I've just looked at the Osteoporosis Canada website and the video series looks super useful. I think that I read in one of your posts that you are planning a comprehensive online course Sherri -I would be really interested in details of that. Best wishes to you  from here in the UK.

Amy Havens
1 person likes this.
Thank you Amy  Deana for leaving comments for us here.  Sherri Betz is a wealth of information and is about to film 5 LIVE classes for the site, starting this Friday ::  Frail to Fit ... you won't want to miss it!!

Deana
1 person likes this.
Thank you Amy -I'm looking forward to taking part! Gratitude to you all at PA for the support that you are giving us.

MKV
1 person likes this.
Thank you Amy and thank you Sheri ! Always learning from both of you and PA

Jackie H
2 people like this.
Thanks for all the great information you have shared. You help make it less scary.

EvaMoves
1 person likes this.
Thank you for the great information - I have so many clients with these issues (esp. knees and feet) - I hope you'll address working with seniors with possible cognitive issues in one of the next ones! So helpful!

Diane Duvall
1 person likes this.
Again, so wonderful and so much great information.  Thank you for sharing your wealth of information and your passion for working with seniors.  AWESOME!!
Top Skip to Latest
Showing 1-10 of 16