Pilates with your Spouse

In this discussion, Kristi Cooper talks to Kathryn Ross-Nash and Wayne Nash to find out how they brought this saying to life. They share their experience of going through 30 sessions in 10 weeks and how it gave them deeper respect and understanding for each other. They also discuss why it took over 30 years of marriage for Wayne to try it now.

To learn more about Kathryn's Red Thread Method, you can read her blog as well as her books, The Red Thread: The Integrated System and Variations of Pilates
What You'll Need: No props needed

Working with the Average Joe: The Red Thread in Action

Go to this Program
This Video
Discussion, Beginners, Pilates for Men, The Red Thread Feb 14, 2021 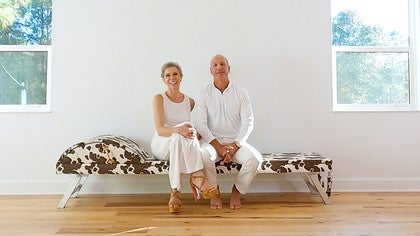 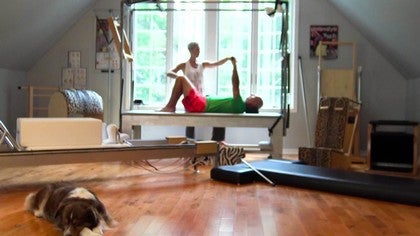 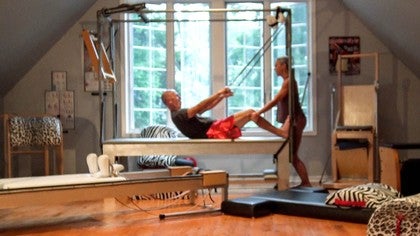 Deborah Wasko
1 person likes this.
Kathryn and Kristi I missed this discussion ! I was so excited for our triple date ! that said I can’t wait to listen to the entire discussion ..I really think this series will inspire more men to have the desire to give pilates a try .. well done Mr. Nash!

Susan R
1 person likes this.
Absolutely tremendous as a teaching tool/case study.  Thank you so much for sharing this with us - really don't think there is anything else like it anywhere!  Hope for husbands everywhere!  Very inspiring from best of the best teacher Kathryn Ross-Nash.

Beverly L
2 people like this.
Feel so grateful to PA for once again going above and beyond to bring us this incredible opportunity to observe and learn from the the highest caliber of teachers. This is a wonderful case study watching Mr Nash progress with determination amd reap the rewards.

Julia H
Thank you for such an amazing chance to observe Kathy teach. This is such a thorough set of videos (and with a genuine beginner) - it really is like gold dust ... and very generous of Kathy to share her work.
My husband is reluctant to try Pilates (despite a studio full of apparatus in the house ugh!) .... I appreciate how hard it can be to teach a spouse! I love this conversation and am completely delighted Mr Nash is now a convert!

Gretchen B
Great discussion and looking forward to watching entire series.  Also feel better that my husband is not the only one who will not do Pilates despite having equipment at home.  He has never even sat on the Reformer at home!
Top Skip to Latest