Lisa Hubbard teaches a Wunda Chair workout with a focus on the abdominals, arms, and legs. She starts by centering your mind and body to prepare you for the more challenging exercises that come later in the class. Lisa includes pumping with Hand Weights, Swan with One Arm, and much more. By the time you are finished, you will feel stretched and invigorated!
What You'll Need: Wunda Chair, Hand Weights 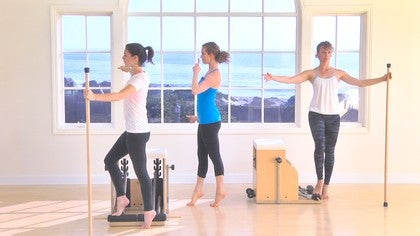 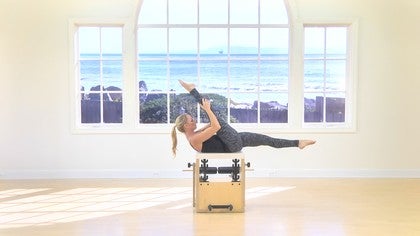 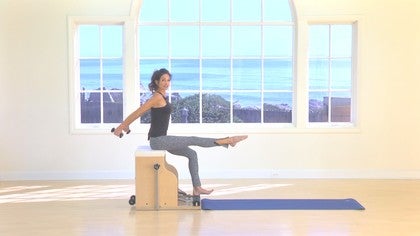 Lita O
1 person likes this.
Lots of challenging fun in this compact, little workout...just what I needed :) Thank you, Lisa!!

Rebekah B
1 person likes this.
Really enjoyed that, not a moment wasted and great chair review as I prepare for BASI test out. Already sore from those side pikes! Arm weights great touch, stability challenge!

Sandy M
3 people like this.
Inspiring to the max! Thanks so much for sharing!

Rene C
1 person likes this.
Thanks Lisa! I love workouts that are short and efficient.

Lucie Bécus
1 person likes this.
Fun and challenging! I have some things to work on!!

Lisa Hubbard
Thanks to everyone! This is one really got me working in the end!

Lisa Hubbard
Thank you Djamila, I like your description if it as well ??