Cecile Bankston teaches a Tower workout with many challenging and innovative exercises that are not commonly performed in Tower workouts. She takes you through deep abdominal work with the Roll Back Bar, a Standing Leg Series for the inner and outer thighs, a Side Plank series, and a Standing Arm series, among other movements. Prepare to feel the burn!
What You'll Need: Tower

Go to this Program Playlist
This Video
Cecile Bankston teaches a Tower workout with many challenging and innovative exercises tha... Jun 07, 2014 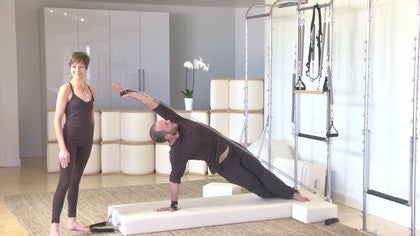 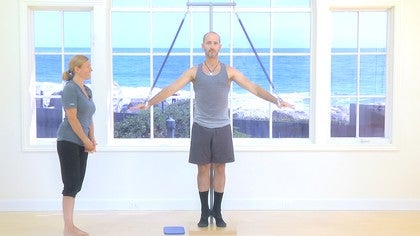 Strength & Balance Challenge
Adrianne Crawford
Advanced
10 min
Romana's Pilates®
Ped-O-Pul
Amy teaches an athletic Ladder Barrel class that works the front, side, and back of your b... Jul 10, 2013 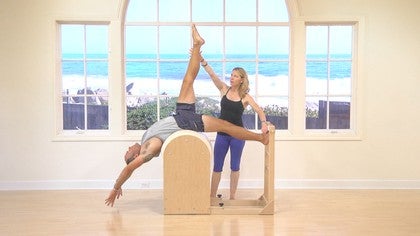 Yoly N
1 person likes this.
That was beautiful work!

Pele
1 person likes this.
You didn't repeat the leg to the back sequence on the right side at all. I go to pilates to even out. Not to create more unevenness.

Pele
Sorry. Pls disregard earlier comment. It wasn't clear we were still working that one side or not . Looks like that was one side for 17 min.

Amy A
1 person likes this.
What a great tower workout! I loved the fluidity and transitions. I hope to see more of your classes on PA. Once again, I am inspired by yet another amazing instructor.

Bend P
1 person likes this.
that was so hard! he makes it look easy. thanks!