Amy Taylor Alpers teaches an archival Reformer workout from footage of Romana Kryzanowska in the 1940s. The movements are more staccato than we typically move today, but it is a nice change of pace that keeps you present during the class. Amy teaches many challenging exercises like Headstand, Side Bend, and much more!
What You'll Need: Reformer w/Box 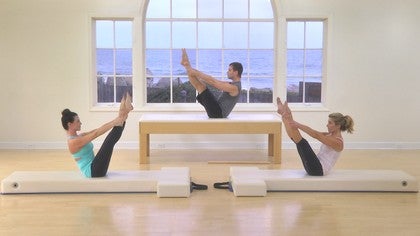 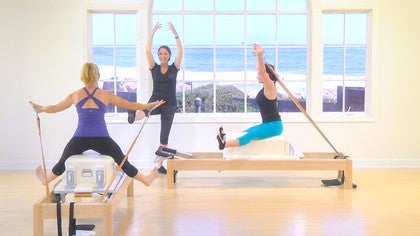 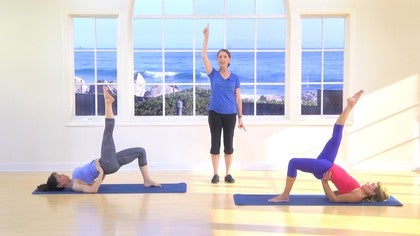 Michelle C
2 people like this.
Great class! A very sweaty and variety filled class. Thank you!

Yoly N
Thank you for going over these variations.

Angel D
2 people like this.
Thank you for another awesome archival class Amy! Some of the variations feel so good and some (side arms) are quite the challenge! Wonderful to review again and again!

Laurel S
2 people like this.
It was so amazing to be with the Awesome Amy Taylor Alpers and my fabulous partner in sweat Amy Havens. This workout rocked and I can't wait to practice it again soon, this time I just watched ;)

Deborah L Harris
1 person likes this.
Practicing with you today, I believe it is your *courageous teaching* workshop today. :( With you in spirit as I reviewed this archival reformer workout! Always loved this! Every time I practice with you I *hear* and therefore *feel* new things! xo

Heidi VDB
Can you detail the head stand (25:55 & 27:) please.. Benefits. Or the thoughts behind it, it was stressful to watch as I wasn't expecting it.. But I've done headstand on the floor so can understand why take it to the equipment, just would love to hear about your insight

Amy Taylor Alpers
2 people like this.
Hi Heidi. That's a big question. Just know that the headstands - especially the backwards one - are advanced exercises for clients and students who are strong, flexible and in control. The Back Headstand is a full expansion of the skills you start developing way back in simple swan on the mat, pull straps and T, etc. Ultimately they are very empowering and strengthening.
Top Skip to Latest
Showing 1-10 of 16