Enjoy the simplicity of movement in this Wunda Chair workout with Kristi Cooper and Meredith Rogers. They teach basic exercises that require you to dig deep and stabilize. You will feel the intensity throughout the class because even though the movements are simple, they are not easy.
What You'll Need: Wunda Chair, Moon Box 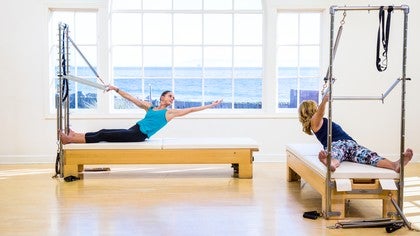 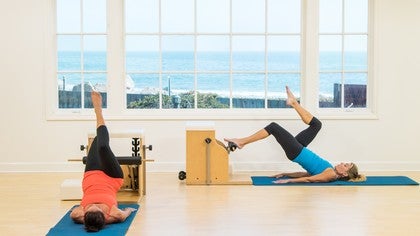 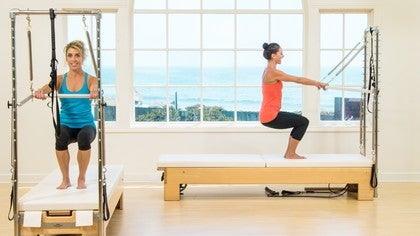 Heidi VDB
2 people like this.
just what I needed this morning thanks gals !m

Monika Seyffer
2 people like this.
Great workout - thank you!

Avishag H
2 people like this.
Sometimes it's just so right to go back to the basics.
And yes, I agree, some exercises were so tough!
Enjoyed it really, thank you both!

Summer T
2 people like this.
Kristi's sequence on the floor with a stable pelvic curl was a serious challenge for me! Thanks for the deep work, ladies. I'm definitely coming back to this class again and enjoyed it immensely.

Rachel P
2 people like this.
Great class! I always get excited when a new Kristi & Meri class goes up :)

Barbara H
2 people like this.
Nice quick workout when I am short of time. Thanks for your great cues!

Hydie
1 person likes this.
Return of the teaching duet! The shoulder work while on the Moonbox (23 minute mark) is really interesting.

Maria M
2 people like this.
These two ladies rock! Love their energy and synergy!

Kristi Cooper
2 people like this.
Summer and Hydie, I think both of the moments you highlight are really specific to what we learned from Rael Isacowitz during our BASI training. I know Joseph did the shoulder work, but that he sat on the floor without moonbox (and probably on a different sized chair), I'm really not sure about the stable pelvis work. That strikes me as something Rael would create for the purposes of a client, but I'm not sure. In any case, glad you like them!

Tamara G
1 person likes this.
Love the duet teaching!! Thanks!