Kathy Corey returns with another three-phase program in our series for breast cancer recovery. In this first phase, she focuses on increasing lung capacity, the mobility of the shoulder girdle and rib cage, and creating body awareness. It is a great way to get to know your body in a way that is more in depth than ever before so you can improve your activities in daily life.

If you would like to see the first series that Kathy taught for breast cancer recovery, go to our Playlist to see all of the videos.
What You'll Need: Mat, Franklin Ball, Overball

Go to this Program Playlist
This Video
Kathy focuses on increasing lung capacity, the mobility of the shoulder girdle and rib cage, and creating body awareness for breast cancer recovery. Jan 26, 2016 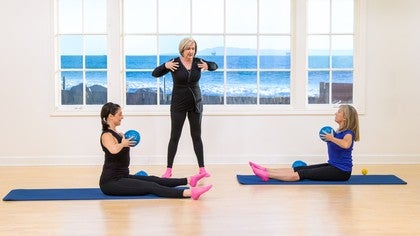 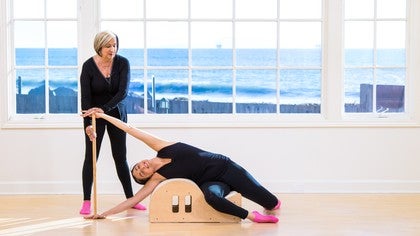 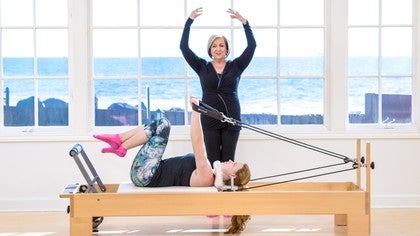 Connie M
I can't thank you enough for these videos Kathy! You are like an angel! I'm so excited to begin working with my new client. I really feel as if I'm going to be able to help her. She seems very depressed and we all know that movement helps with depression. ??

Katherine R
This is probably one of the most important videos provided to your members. There are so many woman struggling with this issue. Thank you for being brave enough to take on this particular subject matter.

Cigdem A
Before the surgery I would have never think of having shoulder, rib cage and arm problems as I am having at present but your program is inspiring and motivating me to start over...and since I have started your breast recovery programme I can understand how every simple move is so important helping me to gain my ability back...thank you Kathy...
Top Skip to Latest