We are excited to help you reach your goals. Join the challenge, and your practices will be sent right to your inbox!

Click below to start a 15-day all-access free trial to Pilates Anytime and begin the challenge.

This video is part of a challenge. To unlock video, join the challenge.

Welcome to Day 7! Today Meredith brings together all of the principles to see how they all fit together to help with efficiency. She adds Hand Weights to the class so you can get as much work as you can in a short amount of time. This class will definitely make you feel the burn!
What You'll Need: Mat, Hand Weights

Return to You Challenge: with Meredith Rogers 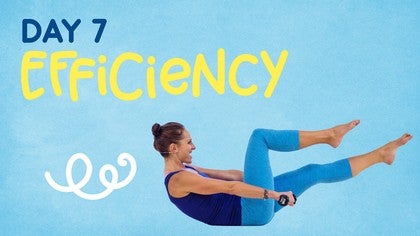 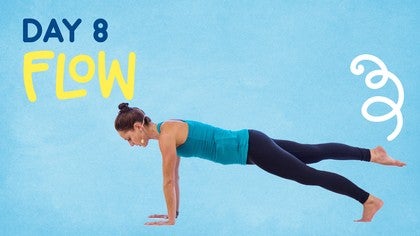 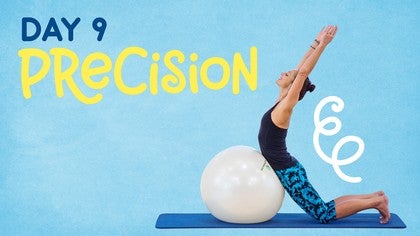 Lina S
3 people like this.
I usually don't like using weights. However, I found the class fun and not too challenging. Thank you.

Madonna T
2 people like this.
Love it Meredith! The weights really added a new dimension. Thanks xx

Kirsty C
2 people like this.
Another fantastic session, thanks Meredith! The weights added fun and interesting variations and challenge- really loved it!

Lisette-Anne V
4 people like this.
That was truly lovely. I love this challenge. Thank you so much. Great excercise.

Theresa F
2 people like this.
Feeling efficient, aware, balanced. Flow is e executed so well in all of the classes. Can only imagine what day 8 will bring!

Connie M
1 person likes this.
My favorite so far!

Kandie A
1 person likes this.
I did it. That is all.

Meredith Rogers
2 people like this.
Thank you all for showing up!
The outpouring of positive feedback is making my New Year start so sweet!

Sarah Edwards at Positive Pilates Solihull
1 person likes this.
Still here and really enjoyed that class thanks Meredith! First real session with weights and it was an eye opener. My former teacher was BASI trained so I anticipated the cycling would reverse;)) I think my arms will hurt tomorrow even though I only had 1kg weights! Sarahx

AnnS
2 people like this.
"Keep showing up" is going to be my mantra for this year. Love this class, this series. There's something very compelling about knowing that you've created a sequence of classes. I don't want to break my streak. Wonderful, Meredith!
Top Skip to Latest
Showing 1-10 of 71