Your body will feel amazing after this centering Reformer workout with Amy Havens. She uses the Overball to give you feedback to your midline. She includes wonderful variations to exercises like Knee Stretches, Leg Circles, and much more!
What You'll Need: Reformer (No Box), Overball

Go to this Program Playlist
This Video
No Box, Centering, Connections, Awareness Mar 23, 2018 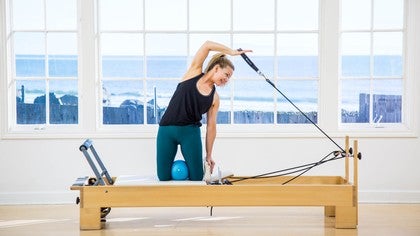 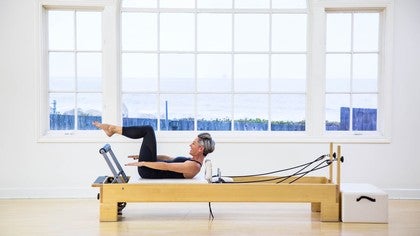 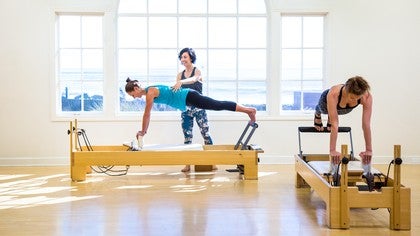 Pat R
2 people like this.
Amy, thank you for such a great class. Really like the cueing and reminders of hip and spinal alignment.

Denise B
1 person likes this.
Thanks Amy! I loved the variation for semi-circle and the cueing in this class.

Vidya M
1 person likes this.
Thank you so much. Excellent as usual.

Sue D
1 person likes this.
That was awesome! Thank you. I always enjoy your clear instruction and cues. I feel super good.

Lori M
1 person likes this.
Amy, what a treat to see your face this afternoon when I checked the latest videos posted to PA. Thank you so much for a quick, all encompassing, feel good reformer flow. Absolutely loved it. I was a bit sore from a long chair/reformer/tower combination workout I did yesterday on my own and taught this morning; so this sweet workout/stretch combo was just what I needed. Thanks again so much.

Sylvia B
1 person likes this.
Sensational!

Michael Mary S
1 person likes this.
Really nice class, Amy. Your instructions are timely and so easy to follow. Love the hip circles with the ball. Thank you.
Top Skip to Latest
Showing 1-10 of 47