If you want safe and simple exercises to do on the Wunda Chair, then this workout by Blossom Leilani Crawford is perfect for you! She teaches basic exercises that will get your spine moving and warm up your entire body. Her humor and great stories about working with Kathy Grant will make the class fly by!
What You'll Need: Wunda Chair, Yoga Block 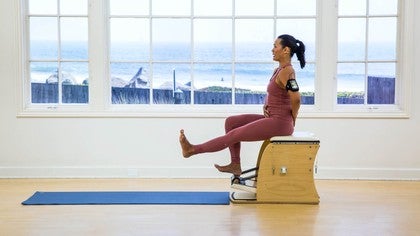 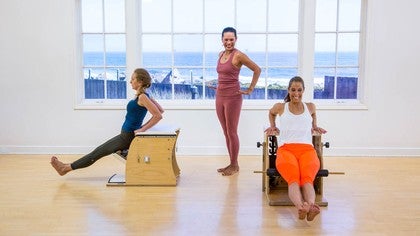 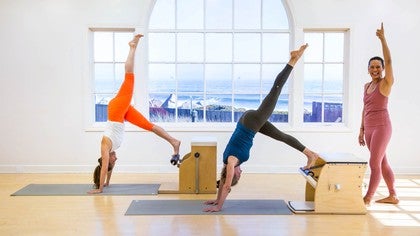 Peggy P
1 person likes this.
LOVE this class! Its those tiny details that are so fantastic- attention to intention. Thank you Blossom

Jackie H
1 person likes this.
Thanks for the great quick workout! Thread the needle was wonderful😊

Gina M
2 people like this.
This was wonderful. Deceptively simple. I feel it all over!

Sook Wern C
1 person likes this.
I really enjoyed this. However some of the variations (thread the needle and tricep sit) were new to me and I didn't get the verbal cuing and only realised I was doing it all wrong when I glanced at the screen.

Carolan A
1 person likes this.
You are way too funny/cute..great directions and personality..xo

Emily Tubbert
1 person likes this.
Great flow and transitions between positions, would work well for a group class!

Lori M
2 people like this.
Blossom, this is for everyone! I'm a Pilates teacher and what a lovely way to start anything. I feel amazing. Thanks for this! Sometimes the things that may not be instagram worthy are simply everything. xo

Gerri M
2 people like this.
Fun and the thread the needle felt delicious
Top Skip to Latest
Showing 1-10 of 31