Now that you know what it feels like to move on the Reformer, Kathryn Ross-Nash teaches you how to squeeze the juice out of each movement. She moves inch by inch, focusing on what it means to bend and extend so that you can gradually build to full extension. She also begins increasing the range of motion during certain exercises so you can begin to challenge your control and stability.
What You'll Need: Reformer w/Box, Moon Box, Pilates Pole 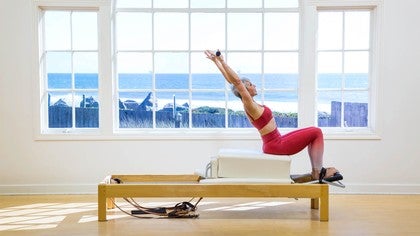 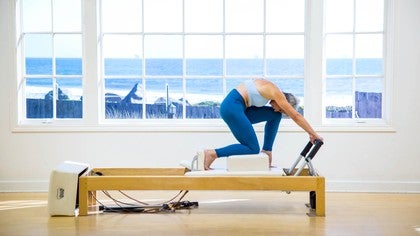 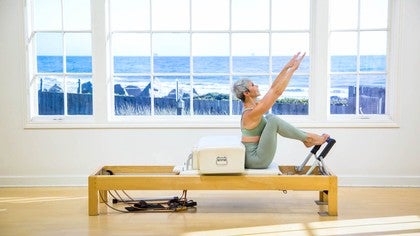 Rachel
1 person likes this.
Thanks Kathy, love this series, the details about the classical technique are very helpful and love the way you teach knee stretches.

Amy A
1 person likes this.
I just love these videos!  Breaking down each movement so that it becomes more relevant not only to more difficult Pilates exercises but most importantly, to our everyday functional movements!  Mindful, purposeful movement!  Just beautiful. Thank you, Kathy!

Deborah Wasko
2 people like this.
Kathy, this was an amazing teaching of the fundamental work ...Can't wait to do it again...Thank you !

Michael Mary S
1 person likes this.
I love the images you use.  Your cuing is right on.  Thank you.

Geraldine B
1 person likes this.
Knee stretches!!!! Wow!!!! I have a whole new appreciation! Thank you Kathi!

Patty Hafen
1 person likes this.
I love this inch-by-inch work, and I especially love the knee stretch series and knees off  with the moon box - brilliant.  Thank you!

Geovanna L
1 person likes this.
Excellent, I started watching one of them and finally I just had to watch all of them.

Kathryn Ross-Nash
1 person likes this.
geovanna I think that was a great idea!!! Then you see all the connections ❤️
Top Skip to Latest
Showing 1-10 of 14