You will learn the intermediate and advanced floorwork sequences from Ron Fletcher's book, Every Body is Beautiful. Diane Severino breaks down each exercise from the book, including a few that were made for her! You can also enjoy photos from the book so you can see Ron's vision for his work.
What You'll Need: No props needed 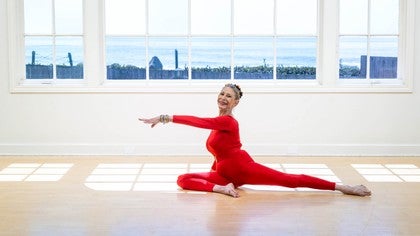 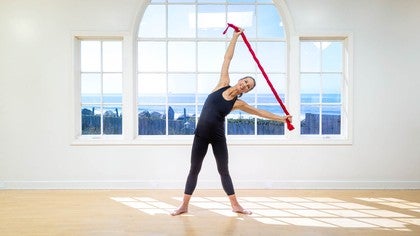 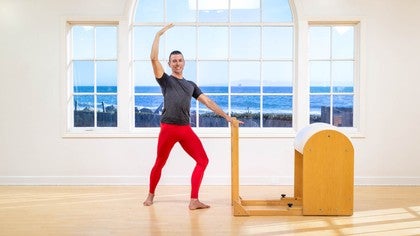 Rebecca
4 people like this.
You are simply wonderful, Diane!

Robin G.
1 person likes this.
My hips & I both thank you you for a wonderfully unique class. Your personality is the cherry on top!

Vanessa A
Wonderful, thank you Diane!

Alissa W
1 person likes this.
Thank you Diane for the wisdom, grace, legacy and humor. Loved this. Love the red unitard. Want one.

Judy P
1 person likes this.
Diane you inspire me. That move at 9:31 where you say " I can still do this" is indeed flexibility, strength and body intelligence. I can do it as well but we both know it is not that simple. You and your life's work... BEAUTIFUL, we are grateful. Thank you so much.

Laura Sepulveda
2 people like this.
Brought me back to my dance days in NYC (last century!) Loved this class and  had me smiling through the entire video- thank you!! Definitely saving this one on my favorites list.
Top Skip to Latest
Showing 1-10 of 26