By request, Niedra teaches an advanced mat class in under 20 minutes. This is a chance for the experienced practitioner to practice flow and finding the rhythm of the work in their own body, rather than focusing on the technique. At this level, the technique should already be in the body so Niedra teaches class with little commentary other than stating the names of the exercise.
What You'll Need: Mat

Go to this Program Playlist
By request, Niedra teaches an advanced mat class in under 20 minutes. Feb 18, 2013 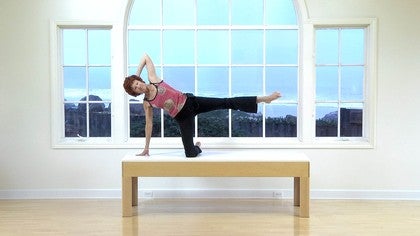 Mat Workout
Niedra Gabriel
Level 3
20 min
The Pilates Guild
#964
This Video
Rebekah Rotstein is back with a very creative intermediate/advanced Mat workout. May 22, 2013 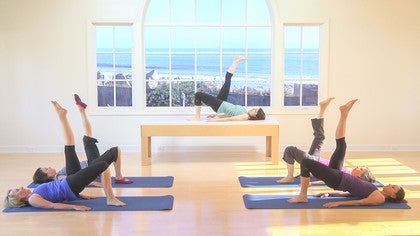 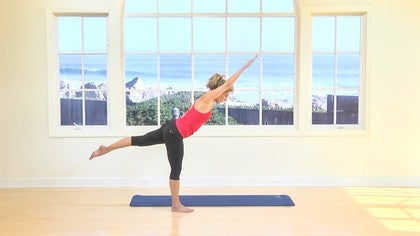 Anna Lee E
She is absolutely beautiful and inspiring!

Kelly B
Perfect to start the day!

Niedra Gabriel
Thank you all, for the posts - I so enjoy getting feed back.
It never ceases to amaze me how much the web allows us all to share and connect.

Michelle W
Beautiful work! Really enjoyed this fast mat workout. Thanks do much for putting it together!

Danette T
I didn't have a lot of time this morning so I tried out this class. Quick but very solid class, great flow!! Loved it:)

Anna W
This is my "go to" again and again when I only have 20 minutes, but want a full range workout. Thank you!

Niedra Gabriel
Wonderful,
It is amazing what can be done in 20 minutes. REALLY!!!