The number of people who are diagnosed with neurological disorders is increasing. Mari Winsor explains how Pilates can benefit people with ALS, MS, Parkinson's, and other similar conditions. She uses her personal experience with a recent diagnosis of Amyotrophic lateral sclerosis (ALS) to tell us what she's learned that may slow down the progression of her condition. Mari reminds us how learning to connect or reconnect to your body through Pilates benefits the sense of well being for everyone.

This discussion is based on Mari's experience and is not intended to be medical advice or a prescriptive tutorial. Please consult with your doctor or your client's doctor to learn individual information that will support you in your endeavor.

This brief discussion is available to everyone, including non-members, so please feel free to share it!
What You'll Need: No props needed

Go to this Program Playlist
This Video
The number of people who are diagnosed with neurological disorders is increasing. Mari Wi... Jan 29, 2015 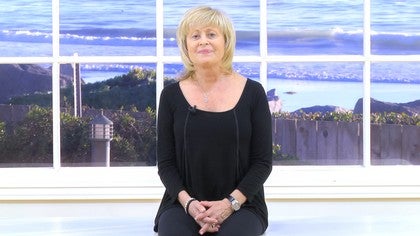 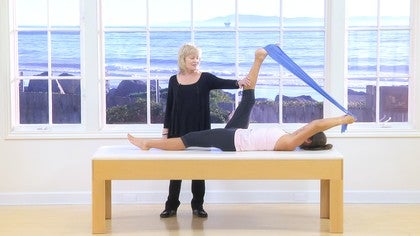 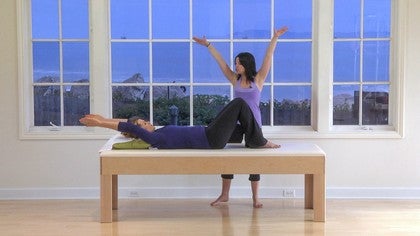 Anne-Jetske P
Thankyou Mari for the sharing, very personal and very much appreciated.

Donna T
1 person likes this.
Thanks so much. I have friends, wife has Parkinson's and husband has MS. I'm anxious to see what you suggest I can help them with

Denise D
5 people like this.
Hi Mari- danced w you in Mich back in the '80's. Now I'm a bd certified occupational therapist with national neurologic rehab certification & pilates certification. Thank you for stating how detrimental it is to attempt strengthening w als/other specific neuro diagnoses. Function is the goal, on any level. I hope your message is heard. Folks think if they aren't pumping weights or getting "workout sore" they aren't working. Neuromuscular glide/functional movement w balance are all valuable. Yes we can load you up in pilates but only if that is appropriate. Wishing you positive energy on your journey. You're in my thoughts &prayers. You are beautiful!!(tiny dancer &pilates guru to all!!)

Jodie
Thank you for this. Looking forward to learning more on this topic.

Lisa D
Thank you this is great help. X

Mary G
Thank you for sharing your story. Your workouts have been a staple in my home for many years.
You are right, I have many friends that have neurological diseases. Any information that you share is greatly appreciated. by many.

Yoly N
1 person likes this.
Thank you so much for sharing what you have learned.

Mary Ellen W
Thank you for sharing, Mari, and I wish you well. I had just listened to an interview with neuroscientist David Linden. When asked what he does to protect his brain, he answered, "exercise".