Change how you initiate the movements in Chest Expansion with Judith Aston. She shows how making slight adjustments to the equipment and adding a ground force reaction will make your movements easier and more efficient. She applies Aston Kinetics to Kneeling Chest Expansion, Seated Chest Expansion, Pulling Straps, and on the Tower.
What You'll Need: Tower, Reformer

Applying Aston Kinetics
Discover something new about your body.

The Hundred
Apply Aston Kinetics to the Hundred.

Go to this Program Playlist
This Video
Change how you initiate the movements in Chest Expansion with Judith Aston. Apr 24, 2016 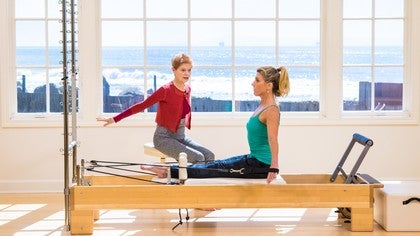 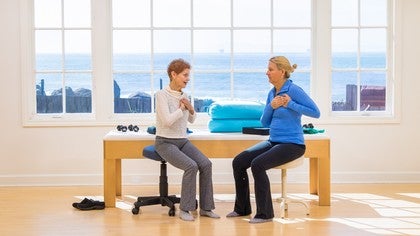 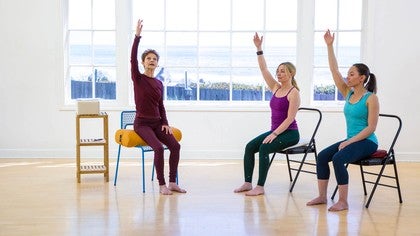 Hwanii K
Thank you! I will try these and want to experience changes. I like this kind of video.

Jill C
1 person likes this.
Thank you, Judith, for another intriguing lesson. I really like your way of questioning how the movements feel and then your explanation of how your GFR concepts apply to the modifications. Can't wait to feel this tomorrow.

Sara P
Thank you.
It is good to challenge us to think outside the box and give us the tools to be able to have a more accurate work.

Mercedes G
Thank you so much!

Joanna B
1 person likes this.
Thank you so much for these tutorials, I find the suggestions so valuable and can see instantly the changes they make. More please!

Eliezer R
1 person likes this.
Wow!!! one simple change and everything is like new. Kristy your body looks longer every time you crossed those straps/springs....I can't stopping smiling :) Thank you so very much Mrs. Aston.

Silke L
1 person likes this.
wonderful! The whole concept is so exiting and adds another keystone to understand movement and how it not just an exercise but a sensation! It takes awareness and love. And that is what you, Judith, radiate! You have such a calm and graceful way of helping Kristi to find what you want to transport in your teaching that I feel warmed just by watching it!
Thank you PA for giving us the opportunity to grow!-again!

Susan H
1 person likes this.
Wonderful - and so easy to put into practice! Many thanks.

Jamie K
1 person likes this.
Well that just blows my mind! Opens the door to new concepts . I can't wait to try this. Brilliant .

Heikki L
1 person likes this.
Thank you! These `small`things matter!
Top Skip to Latest
Showing 1-10 of 15