Join Meredith Rogers in this fundamental Mat workout that uses the Overball throughout the entire class. With the help of the Overball, you will work deeper into the abdominals, intensify the upper back exercises, and work through side-lying unilateral movements. Don't worry if you don't have an Overball, because the squishy inflatable balls typically found in children's toy stores are a great substitute.
What You'll Need: Mat, Overball

Go to this Program Playlist
This Video
Join Meredith Rogers in this fundamental Mat workout that uses the Overball throughout the entire class. Oct 23, 2014 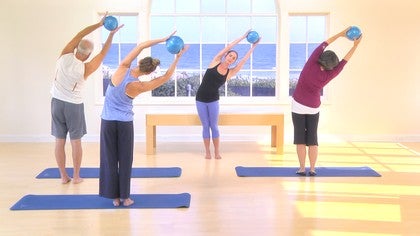 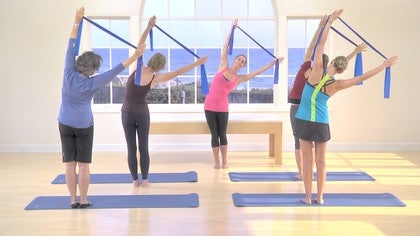 Stretch and Expand Mat
Meredith Rogers
Intermediate
50 min
BASI Pilates®
Mat
Join Meredith in using the Roller to challenge your balance and loosen up your body in this 22-minute class. Oct 30, 2012 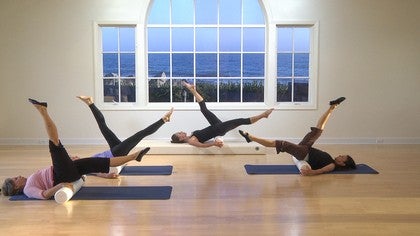 Janja T
5 people like this.
A second new Meredith's class on PA in two days! It must be 'Meredith's season on PA' and I like it! It can be a whole year like that.. ;) Another great workout, more basic; but here and there I like to go through fundamentals again. I always (re)learn something new. Thanks, Meredith! :)

Terri
1 person likes this.
Love Meredith! Glad to see more of your classes. Thanks...

Louise Renee S
1 person likes this.
Thank you, Meredith! I always appreciate a more deliberate pace with outstanding cueing. Your utilization of the squishy ball is terrific...be well...

Marie G
1 person likes this.
Thankyou another great classof Fundamentals, with some tWISTS.

Connie M
1 person likes this.
Wonderful! Thank you Meri! I have so many clients that will benefit doing prone extension work using the ball.

Rebecca C
1 person likes this.
A great class, love the prone work with the ball :)

Meredith Rogers
1 person likes this.
Thanks so much everyone!! I love hearing from you.

Mia W
1 person likes this.
Thank you...I really loved this class, it was great. Also lots of wonderful new ideas to add in my classes. Very much appreciated.