Use breath to facilitate movement in this Mat workout with Courtney Miller. She focuses on flowing, in movement and in life, so you are not attached to a particular outcome. This is a great class to connect deeper to your mind and body so you can enhance how you feel and go with the flow.
What You'll Need: Mat, Theraband

Go to this Program Playlist
This Video
Use breath to facilitate movement in this Mat workout with Courtney Miller. May 05, 2016 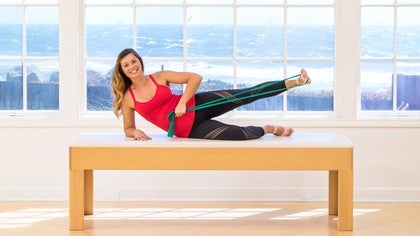 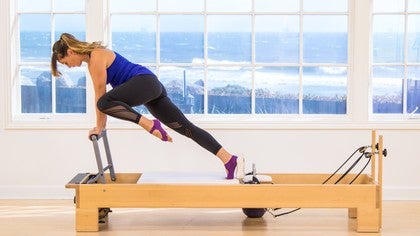 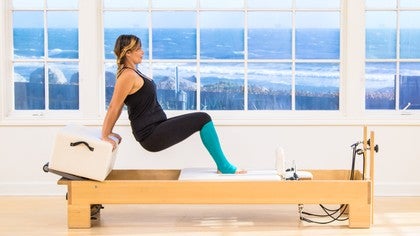 Jen Wende
4 people like this.
Love this class! I'm not pregnant and found it challenging, lol. I'm 9 months postpartum. Thank you for sharing your insights on your experience, it really is a beautiful moment, and only gets better! Congrats, you radiate beauty! An inspiration to all the mamas-to-be and women in general.

Rachel B
1 person likes this.
Congratulations, Courtney! This baby definitely lucked out to have you as his/her mama! I'm 29 weeks pregnant with my second and was elated to find your prenatal classes! I love this mat class. A feel good challenge and flow. Love the standing work, love the four point kneeling with the band, side kick with the band, and the plank sequence! (I had to modify the plank work with my unstable SI, but that's the beauty of the class, even modified the moves are awesome.) Your are so creative and brilliant. I love your cues and tidbits of wisdom. High fives!

Sook Wern C
Courtney- it was so nice to meet you in Sydney! This class was everything you promised and so much more. All the best with the baby :)

Maria Poggioli
Loved it! Thanks a lot for being such a great inspiration.

Galina G
Gratulations Courtney !!! You look's so great !! Your workout is wonderful !!
I like your red top!! Please write me the brand from your top!
Many thanks !

Kim W
Perfect timing! I have my first pregnant client, and want to keep challenged and safe throughout this experience. Looking forward to more workouts!

Lauren A
Thanks for the awesome class!!! Hope you will be back for more mat classes. Congrats on your pregnancy- you are glowing!!!
Top Skip to Latest
Showing 1-10 of 42