Welcome to Class 2! Get right to the 'core' of the matter...your abs! Have fun with Amy and get ready for direct and intense work for your center - the center of you that guides and supports you through just about everything!
What You'll Need: Mat, Overball 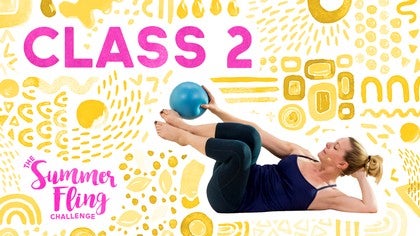 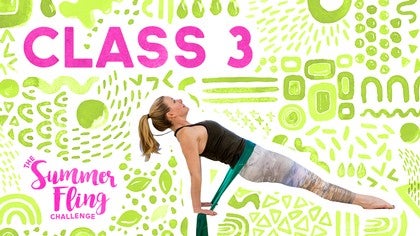 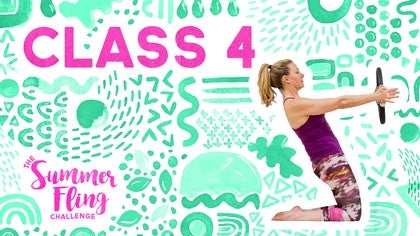 Vanessa S
2 people like this.
Cool class. I am liking the way this class builds on the previous one.

Amy Havens
1 person likes this.
Thank you Ewa and Vanessa ! Yes, each class builds on the previous one, a progression of sorts! So happy you're both here with me!

Lori
1 person likes this.
My abs thank you.

Evelyn
Tais challenge is really exciting ! The first two classes gave me a feeling of "freshness". Isn't it possible to take two classes by day ? I'll have to travel without possibility of training before 8 days, and I'm sorry to have to interrupt the challenge...

Gia Calhoun
1 person likes this.
Evelyn ~ Unfortunately these videos can only be unlocked one at a time. If you are interested in doing more than one per day, you can try repeating a class and then adding the new one after or you can supplement with another one of Amy's classes. I hope this helps!

Helen O
2 people like this.
AB solutely fabulous Amy!! My abs are sore but happy now!! Thank you!!

Laura M
1 person likes this.
Loved this! My abs were burning! 😀