Work your way up to Boomerang in this Mat workout with Kristi Cooper and Meredith Rogers. They teach a class dedicated to Jenny's daughter, Winnie, who had a head injury similar to Kristi. They invite you to clear your space and to clear your mind so you can just move freely.

They start by sharing Jenny and Winnie's story and the movement portion of the class begins at about 1:37.
What You'll Need: Mat 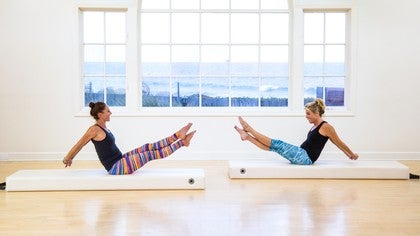 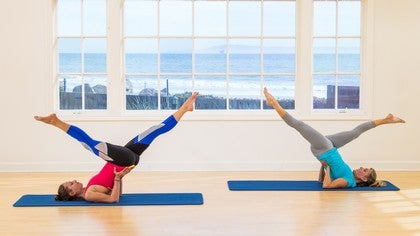 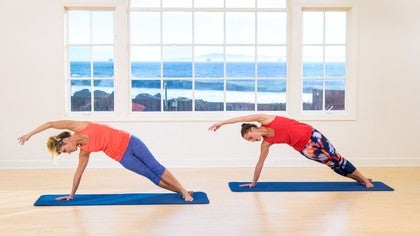 Nicole B
2 people like this.
Wow. That was a tough ab workout.

Grainne ODriscoll
2 people like this.
The perfect remedy to a wintery Irish morning!! Thank you ladies!

Ida H
2 people like this.
Just what I needed this morning to start my day! I will return to this for more🎈❤️🌻

Kirsty S
2 people like this.
Absolutely loved this class... such great transitions, can't wait to try share them! Thanks from Zimbabwe!

Jennifer F
5 people like this.
Meri and Kristi you are the best! What an awesome and super fun class! Winnie and I are just delighted and honoured. The teaser sequence is just what Win hoped for and importantly she would like you to know your leggings are totes amaze! J and W xx.

Maritza Pallone
2 people like this.
You girls ROCK! Awesome class. Thank you ladies

Sharon B
4 people like this.
I love your classes together!

Connie M
3 people like this.
Great way to finish my day and prep for a glass of wine! Just love that cue about not letting skin touch clothes. Pushing feet into one another when doing spine twist was very helpful as well. Thank you ladies !
Top Skip to Latest
Showing 1-10 of 70