Work your upper body in this standing Mat workout with Amy Havens. She uses small props to help prepare your body for the weight-bearing exercises she does at the end of the class. She encourages you to focus on organic movements, so you don't force anything in your body.
What You'll Need: Mat, Small Tennis Ball, Hand Weights, Magic Circle

Stand up with Pilates! - Playlist 2: Work Your Upper Body

Go to this Program Playlist
This Video
Arms, Strength, Standing, Organic May 11, 2018 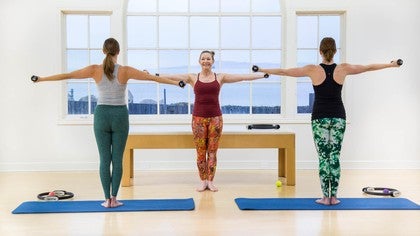 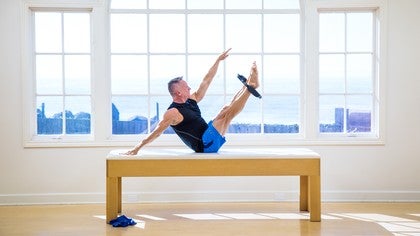 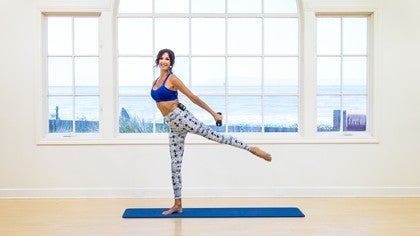 Susan B
3 people like this.
Amy - what size hand weights were you using?

Mandy D
1 person likes this.
Thanks Amy. Good to get clear instruction on some of these exercises used quite regularly.

Kandie A
2 people like this.
I really loved those slow push-ups from all fours! What a sweet little workout, Amy!

mbrown
2 people like this.
Wow wow wow, Amy! Guess I need to work on my upper body strength more! I didn't really know before this class! :)

Amy Havens
3 people like this.
Thanks gals! I'm using 2 lb weights here. You can certainly can use 3 lbs but probably nothing heavier is needed. Susan B ! Glad you enjoyed this fun little class!

Emma B
1 person likes this.
Loved it! Thank you!

Denise B
2 people like this.
Great arm work Amy! The cueing during the scapulae slides was a great way to work toward finding even engagement between both left and right shoulder blades. I'll be adding this video to my weekly workouts for sure!
Top Skip to Latest
Showing 1-10 of 59