Use the imagery and the concepts from the Embodied Anatomy Series to create proper movement in the shoulder girdle with this Reformer workout by Lesley Powell. She starts by building awareness around the rotator cuff and then builds the class from there. By improving alignment and training the shoulders correctly, you will improve your posture and movement patterns.
What You'll Need: Reformer 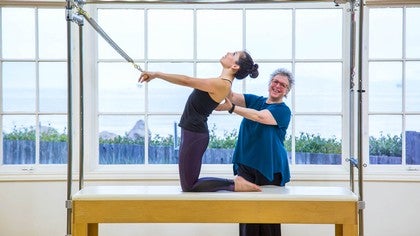 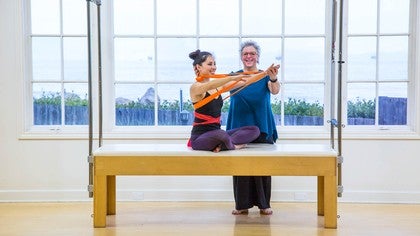 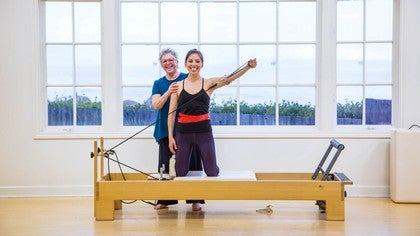 Joanne B
Fantastic tutorial Lesley.  Thank you so much for sharing your knowledge on PA.

Becky C
Another amazing offering by Lesley Powell!  Thank you so much!  That is the best my shoulder has felt in a long time!

Hann D
I love the way you manage the attention to the details all the while making it experiential.

Stephanie R
Wow! Thank you Lesley for sharing so much amazing, educating and insightful information! Just finished watching the whole series on Embodied Anatomy.  You teach and explain so logically and precisely...I had a few "aha" moments as I was moving along with the tutorials:)

Keryn E
I've love this series!  Thanks so much Lesley!  Can see me watching the whole series over and over again!

Michele M
I think the concepts you just taught are going to help most of my clients, including myself.:) Thank you for sharing!

Beverly L
Thank you for this quality series. Wealth of information that I will need to revisit more than once
Top Skip to Latest
Showing 1-10 of 20