Welcome to Day 8! Courtney encourages you to keep going with the challenge by reminding you to use your breath as the driving force, especially when you get tired during the HIIT sequences. She works your entire body, especially your lower body, with creative exercises that will test your stability and endurance. 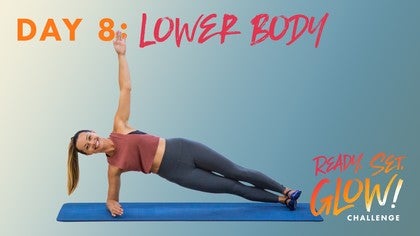 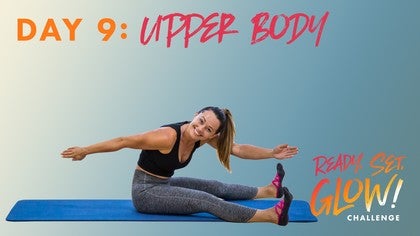 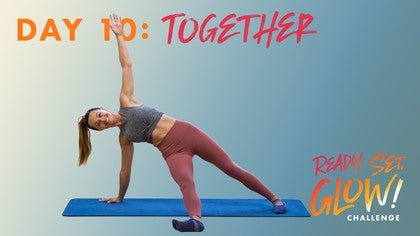 Ann L
8 people like this.
Has anybody tried doing two of these back to back for a longer workout?

Susannah R
Ann I've been doing one of these with a more traditional 10 minute mat, especially one more ab focused. I don't think I could hack two of these back to back!

Jane H
Enjoying this challenge. Have just done this back to back with Day 7.  Definitely pushed me. Thank you Courtney.

Joni N
1 person likes this.
Ann I completed the complete challenge day by day the first time through.  On my second "go round" I'm doing two a day.   I'm probably one of the older practitioners on this challenge at 69 and I wouldn't say I am "camera ready" or doing the HIIT exercises nearly as rapidly as Courtney. I am finding that I have a little more verve and have been doing the second non adaptive version more often.

Joni N
….and I always make time to do the recovery workout when I'm done!

Barb M
1 person likes this.
I'm loving this challenge Courtney, you're such a great instructor...thank you!