In this Posture Plus Mat class, Sally Anderson integrates small props to help rebalance posture and progressively build stronger more resilient postural function. Working through specific sequences that allow for mobilization and decompression before adding activation, greater challenge, and load. This class will leave you feeling upright, open, and energized.

During the class, we integrate Posture Arc – if you don't have one you could use a rolled-up towel or simply do the exercise without props.
What You'll Need: Mat, Baby Arc, Theraband

Beginner
Moderate Pace
Nov 03, 2022
PilatesITC
(Log In to track)
Back

Go to this Program Playlist
This Video
Enhance your posture and feel energized in this Mat class with Sally Anderson. Nov 03, 2022 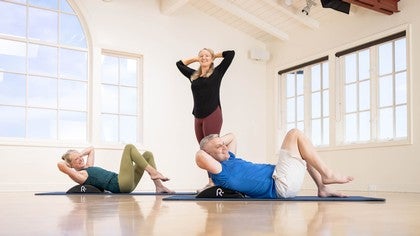 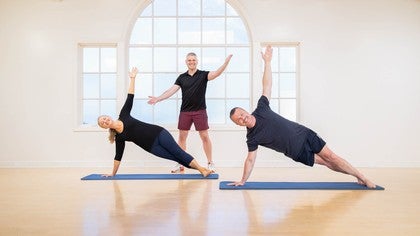 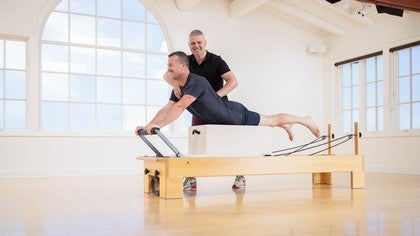 Linda H
3 people like this.
Where can the Spine Arc be acquired?

Gia Calhoun
1 person likes this.
Linda H ~ Here are the Arcs that Sally used but you can also use Arcs from other manufacturers if you already have one. I hope this helps!

Sally Anderson
4 people like this.
Hi Linda and Gia. Thanks for popping the shop link up Gia - perfect. As you say, Baby Arcs or similar from other manufacturers do the trick. The Arc I use in the PosturePlus class is the Reach Posture Arc .. we can always look at how much it costs for shipping to CA depending on how many you would want, but shipping costs might be prohibitive. Happy to have our team check it out though if you prefer.  You can buy 'Ab Mats' quite widely that work well - just a bit lower than our Posture Arc but same as our low arc version - particularly good for anyone with less range. Here's example -   https://abmat.com/collections/abmat  There's alot of companies that distribute these. Best wishes, Sally :)

Fern K
1 person likes this.
This class is wonderful for finding openness and length in the neck and upper back! Perfect options for counteracting tech neck. Thank you, Sally! And thanks to Sally and Gia for the Arc and AbMat information.

Sally Anderson
Fern K Thank you! Love hearing that the class does the trick .. and that our arc info helps 😊 🙏

Helen W
1 person likes this.
I really enjoyed this, thank you. I used a half roller and it worked quite well :)

Pamela M
1 person likes this.
Thank you for this amazing class. I am a Pilates instructor with a pinched nerve in my cervical spine that affects this area. InPhysical Therapy, we focus on postural exercises. This will help me greatly and I can pass on to others!

Sally Anderson
1 person likes this.
Helen W Fantastic Helen. Half roller is perfect - glad you worked with that. Thank you for your message 😊

Sally Anderson
Pamela M I am very happy to hear this class can help you so specifically.  I would love to hear how you progress. Thank you for your message 😊

Julia R
1 person likes this.
This was SO nice!! Great to see you back on PA, Sally! This felt great in many body and I really enjoyed the pace. The time felt much shorter than 50 minutes! :) Looking forward to ypir upcoming sessions!