On the heels of the Running Free Mat class is a dialogue focused on the 3 non-negotiables of efficient movement and what that requires from the foot/ankle complex. Myriam Kane offers simple homework to achieve that freedom of balanced running and harness free energy.
What You'll Need: Small Tennis Ball, Foam Roller

Tools for Efficient Running
Try this Mat workout that was designed with runners in mind. 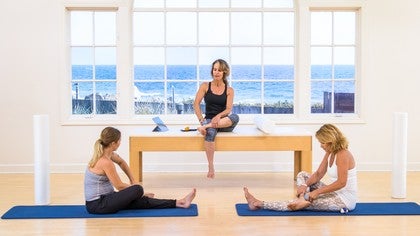 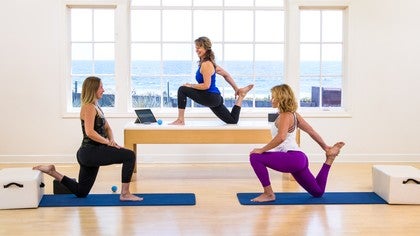 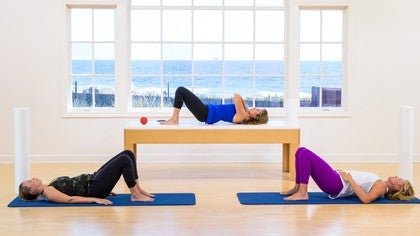 Patricia D
1 person likes this.
Thank you for an EXTREMELY valuable overview and homework assignments for an area that has been particularly challenging for me with multiple negative effects. Your approach is very wise and informed and easy to follow. I look forward to your mat class and the future ones as well. Thank you for sharing!

Myriam Kane
Thank you for the feedback, Patricia...I'm happy to hear you found it easy to follow. A little daily homework goes a long way!

Daniel T
1 person likes this.
love this Myriam, I am a runner and the work you have organized here is going to be so beneficial to me and to my students, thanks

Jodie
1 person likes this.
Loved this. Looking forward to the next tutorial as I am having knee pain.

Myriam Kane
Appreciate the feedback and very, very excited to share these tools that I use every day! The glute/hip video just came out today and addresses more on the knee, Jodie.

Alexandra L
1 person likes this.
Thank you Myriam. Very helpful self-massage and other homework tools. For the first time in my 65 years I'm flirting too closely with Plantar Fasciitis and your knowledge, guidance and comments are encouraging and useful.

Myriam Kane
So happy this was useful to you, Alexandra!

Helen O
Another great tutorial! Thank you, Myriam - I have just spent a very happy hour splashing through puddles on a bog in the west of Ireland - really noticing new freedom in my ankles and hips and it feels great!!
I will certainly be doing my homework!

Myriam Kane
Yipeee...just love hearing this, Helen...keep up the great homework...splashing puddles in Ireland sounds quite lovely!!!
Top Skip to Latest
Showing 1-10 of 14