Take a look at Overhead on the Reformer in this quick breakdown with Benjamin Degenhardt. He teaches building blocks that will lead you to success with this challenging exercise. He also shows how it relates to the Hundred and how you can use the Hundred to prepare your body for the inversion in Overhead.
What You'll Need: Reformer w/Tower (No Box)

The Hundred
Explore the Hundred with Benjamin.

Go to this Program Playlist
This Video
Technique, Break Down, Building Blocks Apr 01, 2018 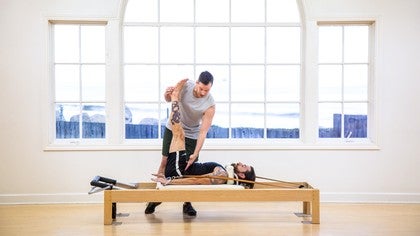 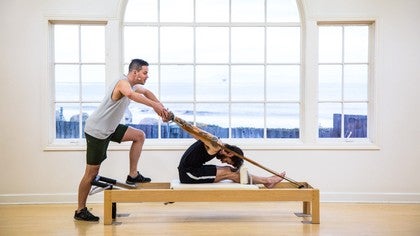 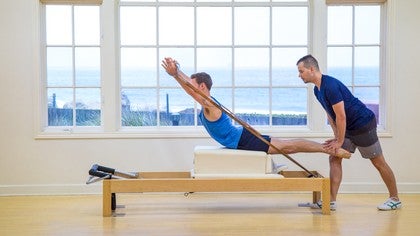 Helen S
1 person likes this.
Great cueing Benjamin thanks
Looking forward to seeing you down under ✅

Kathleen S
1 person likes this.
Quality 6 minutes of visual and verbal details. Many clients find overhead work difficult with foot straps. I am now encouraged to guide them toward using the actual weight of the legs.

Julia H
1 person likes this.
Nice tutorial. I like the way you references the exercises before and after so we better understand the sequence and progression.

Terri V
1 person likes this.
Lovely tutorial, thank you! Recently I did a variation. I did not lower my arms and hands all the way to the carriage but rather hovered them in the air about 45 degrees. I left them there going over and on the return. Try it!

Becky C
1 person likes this.
Yay! You're online again! Missed you last month. Off to my reformer I go now! Always reinspired by you!

Jackie H
1 person likes this.
Thanks Benjamin . . . I love your breakdowns!

Anna L
Thank you for clarifying the steps, checking to see if one's body is ready.

Joanne Bezzina
That was fabulous- thank you both xx

Lori M
best tutorials ever! love them all. great cues without a lot of unnecessary information. you can close your eyes and just execute each piece listening to your cues. thank you so much for doing these, Benjamin!
Top Skip to Latest
Showing 1-10 of 11