What is spondylolisthesis and how do we help our clients who have it? In this tutorial, Sherri Betz breaks down this issue that is common for people who do sports with extreme extension like gymnastics and dance. She shares how you can see it and also exercises to do and to avoid for people with this issue.

Note: Any assessments should be done by a licensed physical therapist as this is not within the scope of practice for a Pilates teacher.
What You'll Need: Mat

Go to this Program Playlist
Stenosis, Back Pain, Leg Pain, Body Pathologies May 20, 2018 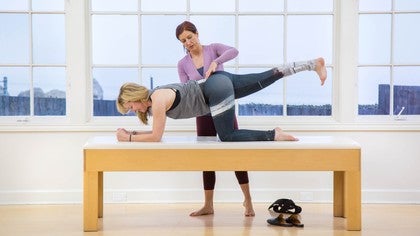 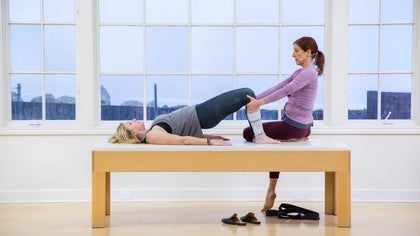 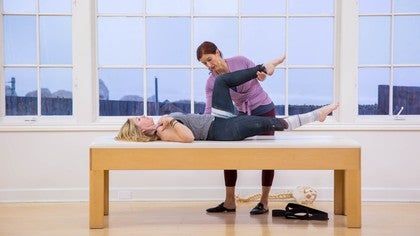 Michele H
2 people like this.
I love your your tutorials, thank you !

SIBEL K
4 people like this.
Thanks for your great tutorial I keep my fingers cross that you can also share some tutorial abou the posterior spinal fusion

Rosemary
2 people like this.
Love this useful series, thank you Sherri and Amy! Hope you consider a class for these pathologies!?

Hani Maizlik Hunch
1 person likes this.
Makes me want to learm PT !!!! keep shaing with us your knowledge!

Vanisha T
1 person likes this.
PilatesAnytime gold once again. can't quite believe this was only 15 minutes long. really great, thank you!

Vanessa C
1 person likes this.
Great tutorial. Very informative. I work with a spondy who has had multiple hamstring reconstruction surgeries and the last one the doctor severed her psoas(this was years ago). Any additional suggestions would be much appreciated!

Emma B
1 person likes this.
Brilliant, informative tutorial. Great to have on my Playlist for the times I encounter a person with Spondy and need a reference. Thank you for sharing your knowledge Sherri & helping to raise the standard for Pilates Professionals all over the world.
And PA for hosting the platform!
Top Skip to Latest
Showing 1-10 of 17