Learn about the updated guidelines for working with osteoporosis in this discussion by Sherri Betz. She addresses the misconceptions that people commonly hear and think about the limitations that are present with an osteoporosis diagnosis as well as the gaps in knowledge for strengthening and building the bones. She also talks bout the influence of physical activity on bone density as well as her top 5 exercises to add for clients who have osteoporosis or low bone density.

Go to this Program Playlist
This Video
Osteoporosis, Research, Bone Density, Exercise May 06, 2022 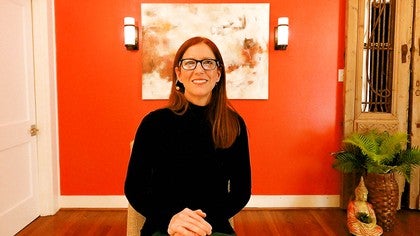 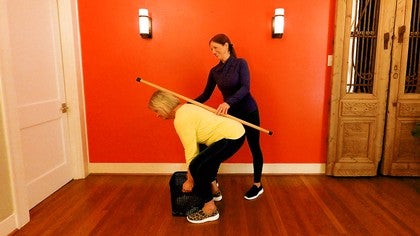 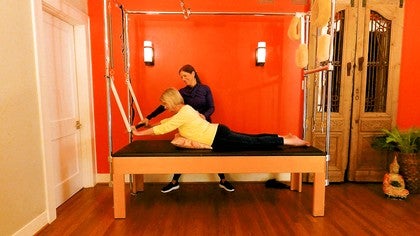 Perla Z
1 person likes this.
I was so happy when I saw your name on the bone strengthening classes! I can wait to to try it!

Sherri Betz
Thank you Perla!  I hope you will enjoy the classes!

Christine H
4 people like this.
I am so grateful for the information you share . It has given me confidence teaching my frail clients and I am a much better instructor because of you. Knowing what to do and how to safely perform the exercises has truly changed my clients lives! I have an 84 year old lady whose testimony makes me cry. I have simply done what you’ve recommended and her life has been transformed - no tripping , she walks her dogs confidently, lifts flats of water bottles to her cart in the grocery store and is enjoying life again. Thank you SO much Sherri!

Carly S
1 person likes this.
Hi Sherri. Absolutely delighted to see you back on here. I attended your Therapilates weekend in London a few years back. It remains the best additional training course I have ever done. The information you shared and taught us has been invaluable to myself and therefore extremely beneficial to my clients. As Christine H says above. It can be truly life changing for people. Since attending the course, I have become rather obsessed by osteopenia/osteoporosis. I’m still shocked at how prevalent osteoporosis is and yet so misunderstood by some medical and exercise professions. I am pleased to see there is so much more data available now and appears to be so much more ongoing research. Look forward to learning even more from you on Pilates Anytime x

Rosemary
1 person likes this.
Thank you so much Sherri

Rosemary
1 person likes this.
Thanks to your previous work, I have been doing all of your 5 best exercises to my mat classes! Are 2lb weights enough to make a difference with BMD? I already hear lots of moaning and groaning while doing arm/overhead work!😓

Evelyn
1 person likes this.
Your lecture is really  highly interesting ! I have a question: when you refer to  strenght training, you speak about squats, chin-ups, overhead presses, but not about bench press. Is there a reason ? Is there any kind of risk with this exercice ? Thank you for helping me with this question (I love bench presses...)

Peggy P
1 person likes this.
Thank you Sherri for presenting this series!
So many of my clients will benefit from this
Top Skip to Latest
Showing 1-10 of 18