Niedra teaches the fourth class for "Matapalooza." She uses the Magic Circle the entire time to help create beautiful legs and arms. She uses challenging Wall Exercises as a warm up, and then keeps challenging you through the entire class.

For "Matapalooza," our regular instructors came together to share their knowledge and different styles with each other and our members. This series is about sharing the love of Pilates, friendship, and moving to feel good. Make sure you try the classes by Amy, Adrianne, Monica, and Meredith as well. You can do them by themselves or put them together to make longer classes.

You can find all the classes on the Matapalooza Playlist
What You'll Need: Mat, Magic Circle

Advanced
Moderate Pace
May 28, 2013
The Pilates Guild
(Log In to track)

Go to this Program Playlist
Monica is the third instructor in our "Matapalooza" series. May 27, 2013 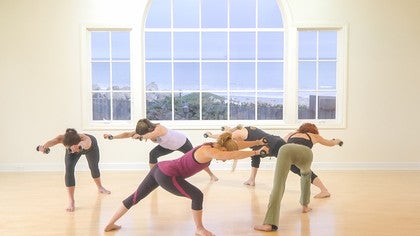 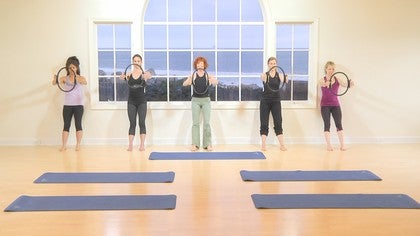 Matapalooza Magic Circle
Niedra Gabriel
Advanced
20 min
The Pilates Guild
Mat
Watch Next
Meredith is the final instructor for our "Matapalooza" series. May 29, 2013 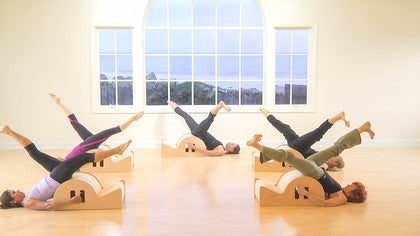 Sherry B
1 person likes this.
Lots of fun and great exercises!

Paula B
1 person likes this.
Loved this class!

Usha D
1 person likes this.
Good class...would like to see more with the magic circle.

Yugonda D
1 person likes this.
Thank You for a Super fun class and I'm actually looking forward to the thigh soreness I know is coming :)

Niedra Gabriel
1 person likes this.
Just reading all these comments - thank you and glad you enjoyed this fast quick and fun event we all enjoyed doing together.

Niedra Gabriel
How great to read your comment here Marianela, I feel like it was just yesterday you were driving me to the airport - it was! So happy you are enjoying this website - welcome to other part of my life, Pilates!
Top Skip to Latest
Showing 1-10 of 24