Feel energized in this hydrating Mat class with Sally Anderson! Sally uses pace, breath, sequencing, and pumping movements to optimize your whole body's tissue hydration! Let go of how precise or controlled you think you need to be and give yourself over to a rhythmic, energizing Mat sequence!

To dive deeper, watch Sally's Hydration Overview tutorial where she breaks down the concepts taught in this class.
What You'll Need: Mat

Go to this Program Playlist
This Video
Feel energized in this hydrating Mat class with Sally Anderson! Nov 23, 2022 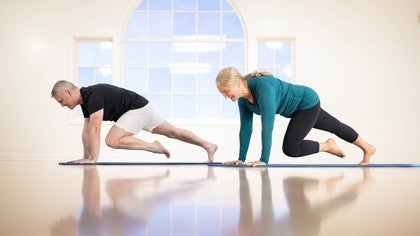 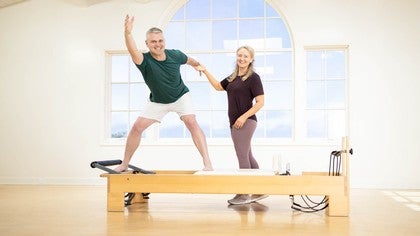 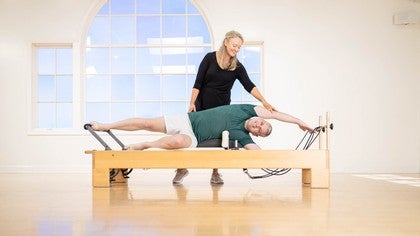 Lori
1 person likes this.
Watched this last night and knew it would be great for today since I did a kettlebell class yesterday.  Perfect, invigorating, yet loosened a lot in my body.  I have a ways to go with mobility in both shoulders and legs but can already see how this would gradually loosen me up.   I’m putting it into a regular rotation for myself.  Thanks for filming it!  I get a lot out of your classes.

Jacqueline L
1 person likes this.
that was lovely. exactly what I needed.

Sally Anderson
Lori What a great message to get Lori. These are all the things I'd hope the class gives you - I'm so delighted! 🤗

Catherine M
2 people like this.
Wonderful class and subtle cues. Loved the micro movements which flowed into bigger movements, with varying pace and flow. The pumping segments I believe are great to stimulate the lymphatic and circulatory systems within the body- which I guess is the goal of the name of the class, to hydrate and lubricate the tissues and joints. Thanks for offering this class on Pilates Anytime- look forward to more "hydrating" classes.

Sally Anderson
Catherine M Thank you. You are spot on - these movements stimulate the lymphatic system while also creating the pump for fluids into and around cells. So it's a win every which way - lymph flushing, circulation and tissue hydration! 🥳  I have a Reformer Hydration class coming out soon on Pilates Anytime that I hope you'll like too. Thanks again for taking the class and your message.

Catherine M
1 person likes this.
Thanks Sally for sharing your thoughts and for offering new, innovative class themes and areas of focus! I look forward to the upcoming Reformer Hydration class!

Marissa
1 person likes this.
Enjoyed this one and feel great!

Sally Anderson
Marissa So good to hear, thank you!  🙏 ☺️

Lina S
1 person likes this.
I enjoyed this mobility workout. I feel energized. I suppose pumping is a way to activate blood flow as well as lymphatic flow. Why twisting is hydrating by nature? Is it its action on blood flow?
Top Skip to Latest
Showing 1-10 of 29