Now that you have practiced the fundamentals in Meredith's first class in the series, she turns it up a notch in this Reformer workout. She moves a little quicker and adds some intermediate movement patterns so you can begin to advance your practice. She includes variations to prepare you for challenging exercises like Breast Stroke, Side Overs, and much more!
What You'll Need: Reformer w/Box

Reformer Series
Learn about what you can expect from this series.

Go to this Program Playlist
This Video
Progression, Preparation, Variations, Precision May 09, 2017 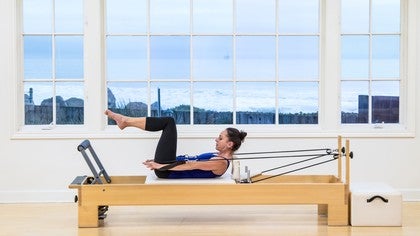 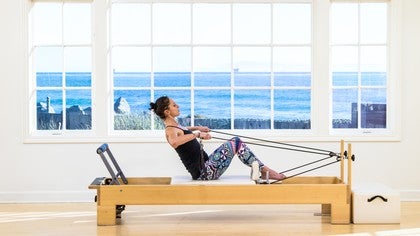 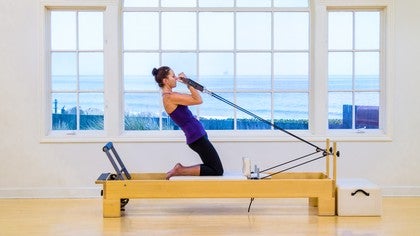 George C
2 people like this.
Thoroughly engaging and very practical movements for a stronger.

Kirsty L
1 person likes this.
Thank you so much for the amazing class! X

Lissa D
1 person likes this.
As always, your movements are slow and methodical Meredith. It makes me have a deeper appreciation for the fundamentals of Pilates. Thank you, I thoroughly enjoy your classes Meredith..

Connie M
1 person likes this.
Superb!! Loved the side over prep! and breaststroke prep without any tension.....That is so good! I just love your work Meredith. thank you so much for sharing your knowledge.

Leah M
1 person likes this.
Loving this series. My body apparently needed this- it feels great! The pace of this class allowed me to discover and work on the asymmetries in my body. Long days at the computer don't do awesome things to my spine... The side over prep is so hard- what a great challenge! Thanks Meredith.

Stacey S
1 person likes this.
I've been loving this series. I need progresssions as I rebuild my body after having a baby so these classes are perfect!

Rachel R
1 person likes this.
I really like how that built on the previous video and how Meredith explained why she progressed or why we worked on certain things in the foundations. I also liked the foreshawdowing to the next video ;) look forward to it
Top Skip to Latest
Showing 1-10 of 21