Throughout this class, Gia Calhoun teaches you through the perfect combination of feel-good, stretchy exercises along with strengthening Pilates. This will become your next Go-To class because of Gia's calming and easeful presence! Plus, she makes sure you hit all the right muscles!
What You'll Need: Mat, Overball 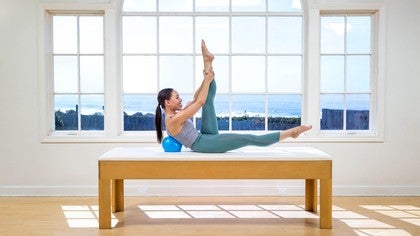 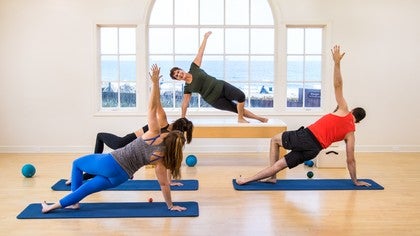 Mat Workout
Karen Sanzo
Level 1/2
25 min
Pilates Unlimited
#2752
If you don't have much space but still want a full body workout, then this Mat class with Meredith Rogers is perfect for you! Jan 08, 2017 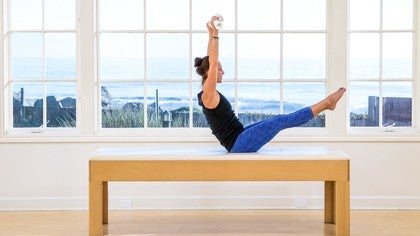 Emer D
3 people like this.
Thanks Gia. I’m always so happy to see a new class from you.  Beautiful, relaxed, clear instruction as ever.

Lina S
3 people like this.
Just when I thought there were less mat workouts, here comes your class! I've really enjoyed the combination of stretching with strengthening exercises. The series of 5 with the ball between the shoulder blades is challenging. Great cueing!

Saphira B
2 people like this.
Wonderful class. Thank you.

Holly J
2 people like this.
This class combines three of my favorite things on Pilates Anytime: a mat class taught by Gia, a class under 30 minutes that I can do before running, and a class using the overball. Thanks, Gia!

Gia Calhoun
1 person likes this.
Thank you all so much! I had a lot of fun filming this class and I was definitely sore the next day!

Norita
2 people like this.
Awesome class. Thank you Gia!

Mary H
3 people like this.
Brilliant! Love this class, just what I needed. More classes from Gia please!

Cigdem A
1 person likes this.
I enjoyed a lot; thank you Gia
Top Skip to Latest
Showing 1-10 of 23