Get ready to have fun in this circuit Reformer workout by Courtney Miller. She focuses on legs, glutes, arms, and abdominals in honor of Sara's birthday request. She also adds cardio elements to challenge your heart rate so that you get a whole-body experience.
What You'll Need: Reformer w/Box, Overball 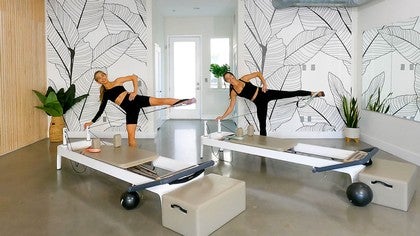 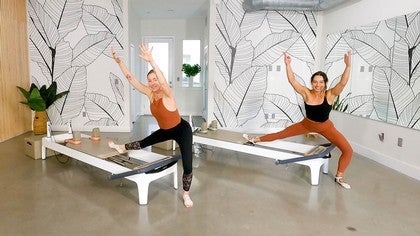 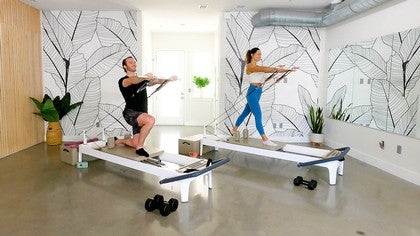 Sarah M
WOW! This class is fun, challenging, creative, and invigorating.  I had to modify some of the moves and could not quite do all the reps for some as well. This is now added to my favorites and I will have to work up to doing all the exercises as well as Courtney!

Alex
Wow I loved it! I really enjoy doing your classes, thank you!

Diane C
Unfortunately the resistance was too much for me in this class.

Helen S
Always love ALL you classes and this one was epic!!  Thank you so much!!

Caroline B
Stellar class as always! Suggestion for group class modification for people who can not straddle reformer if leg length won’t support ? I love the straddle squat, it just doesn’t work for everyone they have to go to the mat it’s not so smooth. Suggestions appreciated. Thank you.

Michele M
Super challenging balance work and so much fun!  Very creative and out of the box thinking!  Quickly jumped into my favs! Thank you Courtney and Sara!:D

Carolyn D
Super challenging - definitely an advanced class BUT I will repeat it.  Thanks Courtney!!